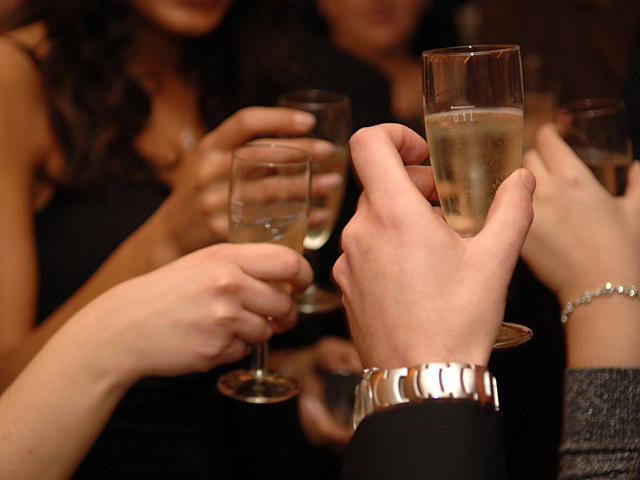 (CBS/AP) Drinking isn't the cheapest way to spend a Saturday night. But a new CDC study found that as your bar tab increases, so too does America's tab.

PICTURES: 14 "facts" about drinking: Are you misinformed?

The cost to society of boozing amounts to $2 a drink, according to the study.

For the CDC's study - published in the Oct. 17 issue of the American Journal of Preventive Medicine - researchers calculated societal costs from binge and heavy drinking beyond what consumers pay at the bar or liquor store, including lost work productivity, property damage from car crashes, health care costs for liver cirrhosis and other alcohol-associated medical problems, and money spent on keeping drunk drivers and alcohol-using criminals behind bars.

Excessive drinking cost the U.S. an estimated $224 billion in 2006, the researchers found. That works out to about $1.90 per drink, 80 cents of which is covered by federal, state or local governments, the researchers said. Who foots the rest of the tab? Drinkers, their families, private health insurers, employers, and crime victims.

"Unfortunately, the hangover is being passed on to all of us in the workplace and the health and criminal justice systems," Frieden said in a CDC written statement.

The researchers said the study may underestimate the total cost. Regardless, that would put drinking's tab among the tops in terms of unhealthy habits: Smoking has been estimated to cost society about $193 billion annually, while another study estimated the cost of not exercising to be around $150 billion.

CDC officials did note that that there may be some health benefits that have been associated with drinking a glass of wine each day, but warned there is no health benefits linked to excessive drinking.

Are binge drinkers really wasting this much money getting wasted? Can anything be done?

"It is striking that over three-quarters of the cost of excessive alcohol consumption is due to binge drinking, which is reported by about 15 percent of U.S. adults," study author Dr. Robert Brewer, the agency's alcohol program leader, said in a written statement. "Fortunately, there are a number of effective public health strategies that communities can use to reduce binge drinking and related harms, such as increasing the price of alcohol and reducing the number of places that sell and serve it."

The CDC has more on binge drinking.