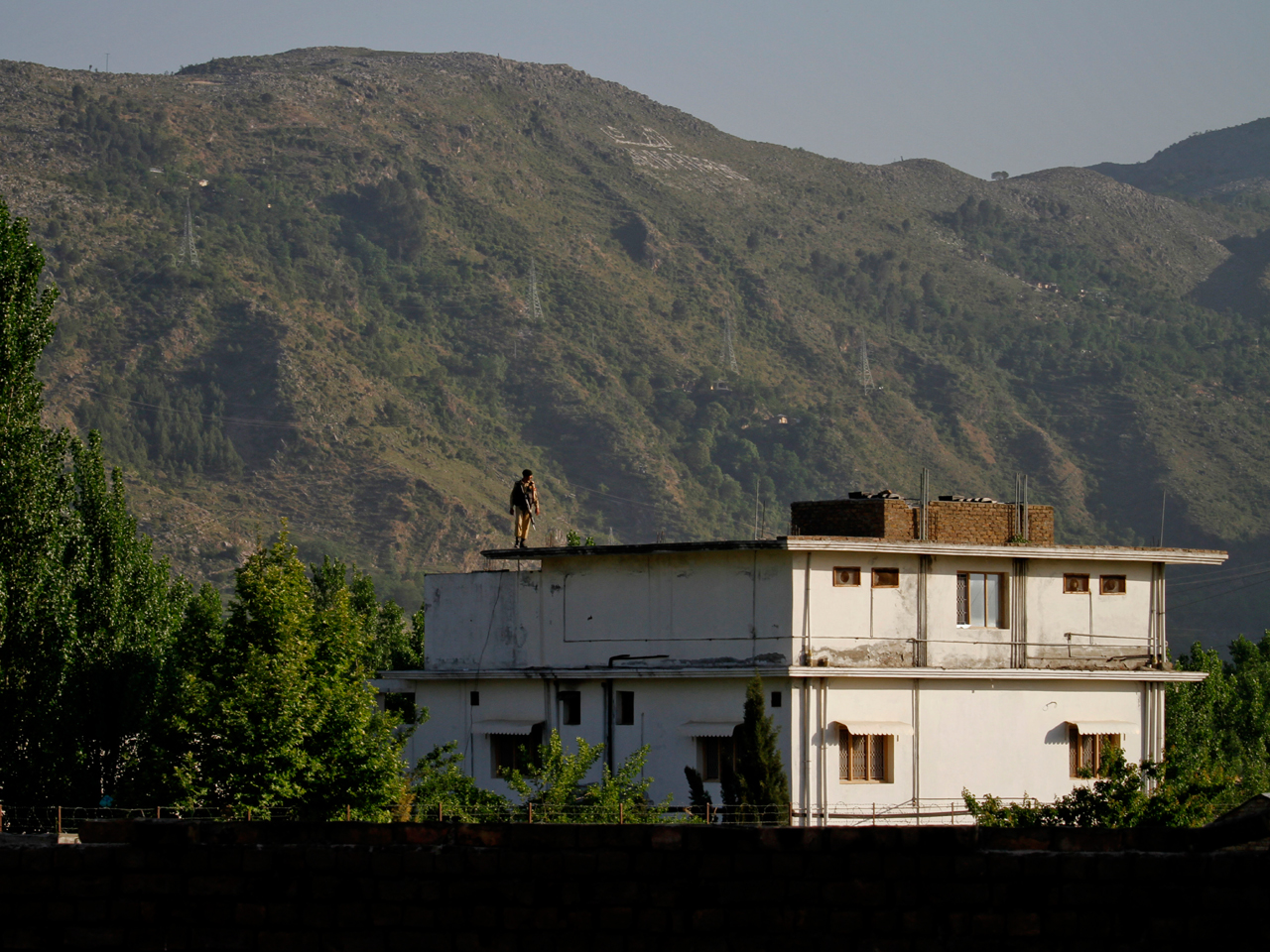 ABBOTTABAD, Pakistan - The official tourist map for Abbottabad urges visitors to discover its "hidden" treasures. Some think that should include a peek behind the infamous walls of Osama bin Laden's compound.

It makes sense to the deputy head of the tourism office.

The three-story villa is known around the world. Abbottabad is already popular as an alpine escape from the summer heat. And a museum at the last stand of the al Qaeda leader could mine some long-term cash from the town's instant brush with notoriety.

"It was a very important event, and I believe people from around the world would be very interested to visit it," said tourism official Yar Mohammed.

It's not a universal view by any stretch. Many want to demolish the building and try to recapture Abbottabad's ambiance as a quiet corner in a chaotic country.

But those contemplating some way to profit from the May 2 raid that killed bin Laden seem to know there's a well-established market for infamy. The Tower of London — and its sometimes role as a prison and execution hall — is one of the city's main tourist draws. Tours abound for everything from Hollywood tragedies to the trail of the Boston Strangler.

The bunker in Berlin where Adolf Hitler shot himself was left unmarked for years because German officials were worried that neo-Nazis could turn the site into a place of pilgrimage. The bunker was marked publicly for the first time in 2006 by a historical group trying to demystify one of the Third Reich's most symbolic places.

Bin Laden also brings extreme sensitivities. Al Qaeda remains active despite the loss of bin Laden. Pakistani authorities, meanwhile, have come under intense scrutiny from Washington for failing to locate bin Laden, who may have lived for years in Abbottabad within a short walk from one of Pakistan's top military academies.

American officials said they buried bin Laden's body at sea to avoid giving his followers a burial place that could become a makeshift shrine.

There are those, too, who grimace at the link between global terrorism and their leafy mountain town named for a 19th century British officer who penned an ode to its tranquility.

"It was a very peaceful and calm area, but this incident created fear of a backlash and terrorism in the city," said Mohammed Ashraf, the 65-year-old owner of the Kabul Jan Cafe, located on a busy street downtown. Aromatic pots of chicken and lentils bubbled next to him as he spoke.

Ashraf and other businessmen working in Abbottabad's main bazaar said tourism has noticeably suffered since the U.S. raid — a serious problem since Abbottabad depends greatly on the visitors who come to escape the searing summer heat in other parts of the country.

"Tourists are not coming because they fear that this place is an abode for terrorists and dangerous people," said Saeed Ahmed, 40, who owns a stand that makes fruit milkshakes. "Before the incident, 100 people came to my stand per day. Now it is less than 25."

Keeping the bin Laden compound will hardly encourage visitors to return, he believes. "They will fear a response from terrorists or the Taliban, like some bomb blast," said Ahmed.

The real test will come when the high season starts in June, said Hanif Khan, the sales and marketing manager of the Pearl Continental Hotel in Abbottabad. That is when school lets out for the summer and families head to Abbottabad and areas in the mountains farther north.

Maj. James Abbott, the British officer who founded the town in 1853, wrote a loving — if awkward — poem extolling Abbottabad's beauty before he left.

"I remember the day when I first came here,

And smelt the sweet Abbottabad air ...

I bid you farewell with a heavy heart,

Never from my mind will your memories thwart."

Since then, people have been coming to Abbottabad from all over Pakistan to take in views from the Shimla Hills and visit the Ilaysi Mosque, which includes a complex of spring-fed bathhouses and pool.

Adding the bin Laden compound to the tourist map would be a way to benefit from a "bad dot for the city," said Suhail Afzal Sethy, the 39-year-old owner of a sports equipment shop in the main bazaar.

"It will add another tourist point, like the Shimla Hills and the Ilaysi Mosque," said Sethy.

Scores of people headed to the compound in the days after bin Laden was killed, but it is now swarming with army and police who won't let visitors get closer than 100 yards (100 meters).

Rumors spread in the days after bin Laden's death that the government was going to destroy the compound. Pakistani army spokesman Maj. Gen. Athar Abbas said no immediate action is planned and the building remains under government custody.

Others can't wait to be rid of the place.

"In my view, the building should be demolished because it if stands, it will always be a reminder of bin Laden," said Nizakat Hussein Awan, the 33-year-old manager of the Alpine Hotel in Abbottabad.

But even if bin Laden's compound is bulldozed to the ground, his presence will be hard to forget.

"Abbottabad is now Osamabad," said a local as he walked out of the Alpine Hotel.