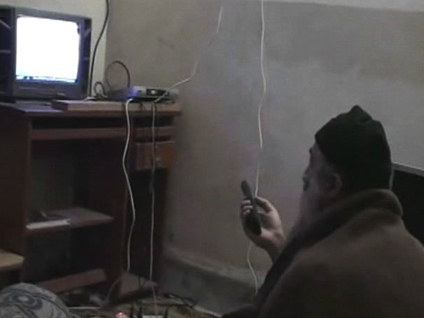 A source confirms to CBS News that pornography was found in the computer files seized from Osama bin Laden's compound. The source says "inappropriate still images" were found--some of which showed couples engaged in sex acts.

But the officials who spoke to Reuters said they did not know where in the compound the materials were found. They might not have belonged to -- or been viewed by -- bin Laden himself.

Earlier Friday, CBS News has learned that CIA officers in Pakistan have met with three widows of Osama bin Laden.

Sources tell CBS News the CIA did not get a lot of information from them, but there may be further meetings.

The eldest of the three widows served as a spokeswoman. Much of the session was reportedly taken up with translation.