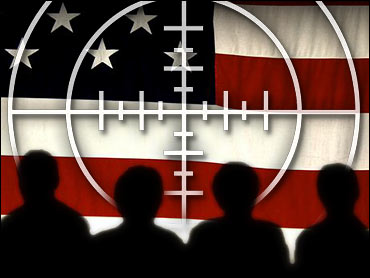 (CBS News) The killing of al Qaeda leader Osama bin Laden could inspire new attacks against the United States -- particularly from "lone wolf" extremists whose plots to harm soldiers or civilians are difficult to detect in advance, federal officials warned in a memo this week.

The Joint Intelligence Bulletin from the FBI and Department of Homeland Security said that bin Laden's death at the hands of an elite Navy team last week "could inspire violent extremist followers to conduct retaliatory attacks in the Homeland."

But the agencies stressed that there is no evidence of any specific or imminent threat and that the bulletin is essentially a reminder issued out of an abundance of caution.

The bulletin said that bin Laden's death "is likely to provide motivation for Homeland attacks -- particularly from likeminded, ideologically focused lone offenders using available small arms or simply constructed IEDs against familiar, low security targets, requiring only minimal preparation." It cited the 2009 shooting at Fort Hood and the recent attack on U.S. airmen at the airport in Frankfurt, Germany as examples of such lone offender attacks.

The memo served as a reminder to local law enforcement agencies to be vigilant about such situations, which are difficult to identify and disrupt since they involve little or no communication with foreign terror suspects, correspondence or surveillance; In short, they often exist only inside the minds of the plotters until carried out.

"We encourage reporting of suspicious activity to appropriate authorities and encourage our homeland security, military, and law enforcement partners to remain vigilant," the agencies said.