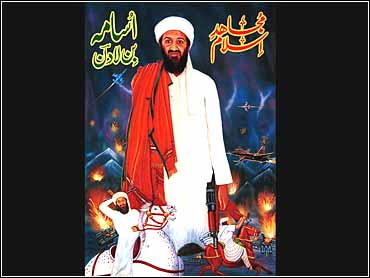 The charges — filed in a city court on Aug. 14 and reported Friday in The Times of India newspaper — are based on statements by two of the men who were arrested June 14 on charges of possessing explosives, Assistant Police Commissioner Rajbir Singh said.

U.S. Embassy officials declined to comment Friday, as they have done since the arrests were first reported in June.

Four of the five suspected conspirators were being held in the capital's Tihar Jail.

In June, police in New Delhi arrested Abdel Raouf Hawas, whom they identified as a Sudanese, and Mohammed Shamim Sarwar, whose nationality has not been released, on charges of possessing 13 pounds of explosives, detonators and timers.

At the time of the arrests, Deputy Police Commissioner Ashok Chand told Indian news media that the group had been planning for two years to park a car bomb close to the visa section of the embassy. It is considered the most vulnerable part of the high-security building because hundreds of Indians seeking entry to the United States stand in line there for hours each day.

The police said Hawas told them that Safani was working for bin Laden, accused by the United States of planning the 1998 bombings of U.S. embassies in Kenya and Tanzania that killed 224 people.

Singh said police were trying to gather more evidence in the case and may file additional charges.