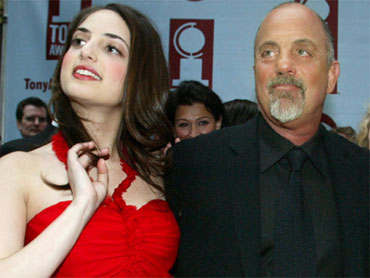 A publicist for Alexa Ray Joel says the daughter of Billy Joel is feeling better two days after being hospitalized in New York for a possible overdose of pills.

Claire Mercuri says that the daughter of Joel and supermodel Christie Brinkley is with her family and looking forward to getting back on track.

She says the 23-year-old singer-songwriter thanks "everyone for their outpouring of love and support."

Mercuri didn't say where Joel was staying since her release from a Manhattan hospital. Her parents have separate homes in New York City and on Long Island.

On her MySpace page, Joel says she attended New York University for a short time before dropping out to focus on her music career.