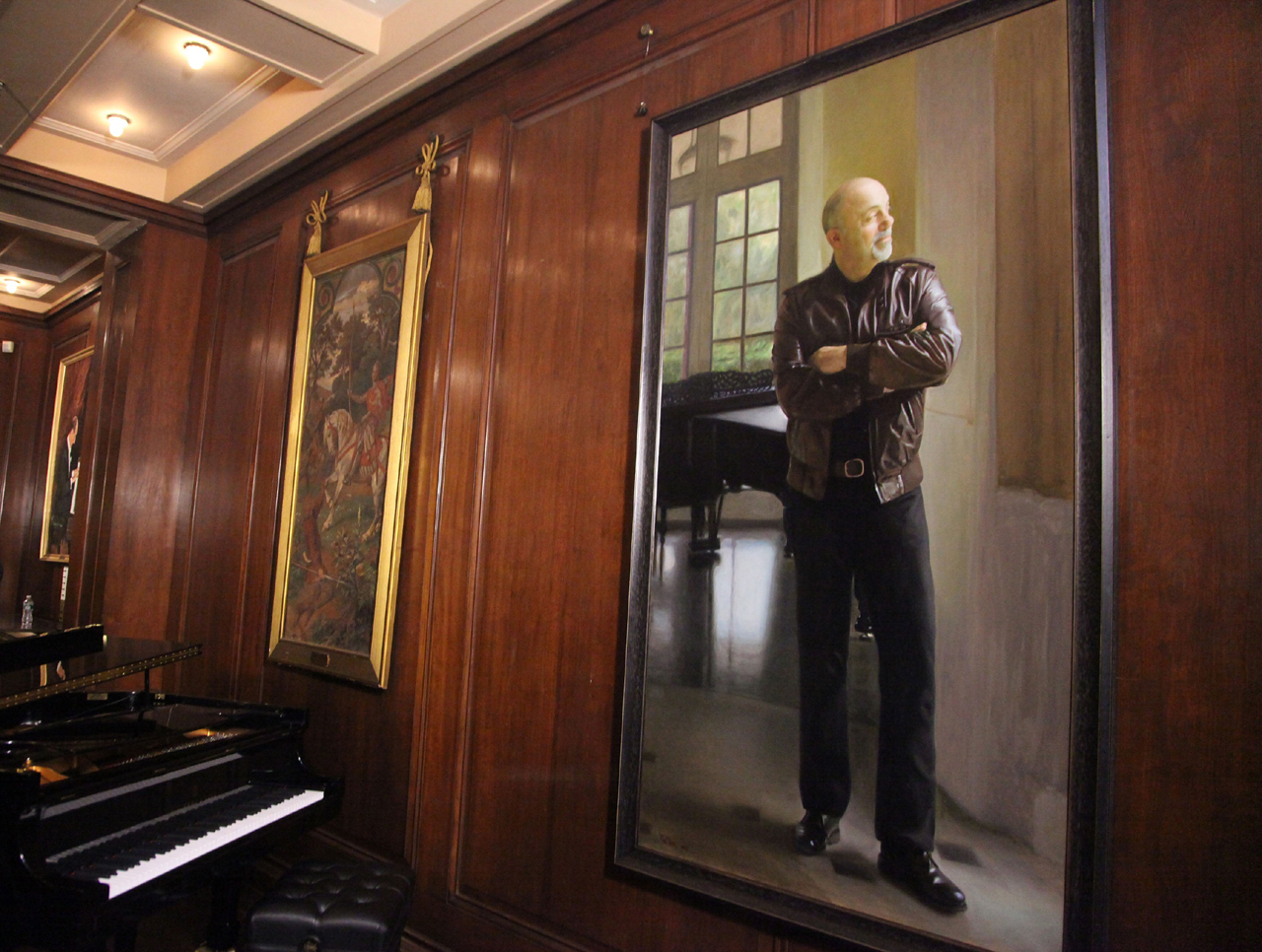 (CBS/AP) Billy Joel is now only the second artist to have his portrait hanging at the New York home of piano maker Steinway and Sons.

The 62-year-old "Piano Man" joked he's not sure how late Russian pianist Vladimir Horowitz, one of Joel's idols, must feel about having his portrait so close.

Joel is also the only non-classical performer hanging at Steinway Hall, the piano maker's New York headquarters. He's shown wearing a leather jacket, and says it's one of the few items of clothing he's purchased without the help of a woman.

Joel wore the jacket for years, but says his current girlfriend, who's many years his junior, thinks of it as a relic from the 1980s. Joel is reportedly dating Alexis Roderick, who has worked for Morgan Stanley in Garden City, N.Y. According to the New York Daily News, they met last year at a restaurant on Long Island.