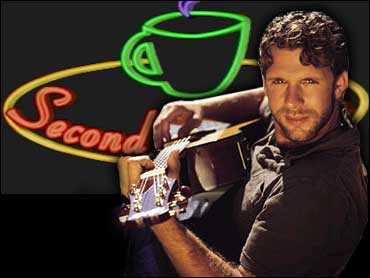 Billy Currington may not have had an easy childhood, but the country singer has made the most of his turbulent upbringing, putting it into song and in the process becoming one of country music's fastest growing stars.

The Savannah, Ga., native visits The Saturday Early Show Second Cup Café to sing tracks from his self-titled debut album, including his new hit single, "I Got A Feelin'."

Other songs from his album include:

In his debut single, "Walk A Little Straighter," he incorporates the chorus he wrote at the age of 12, recalling his father's alcohol abuse and promising not to make the same mistake when his turns comes to be a father.

"I've always been writing," Currington says. "Growing up, I'd get halfway through a song, but it wouldn't make any sense anymore, so I'd quit. I never thought, 'I'm going to move to Nashville to be a writer.' That was never my thing, but every year I was writing something."

Fate had it for him to connect with country singer Mark Wills with whom he wrote and recorded some demos for Mercury chairman Luke Lewis, and now Currington is signed to the label.