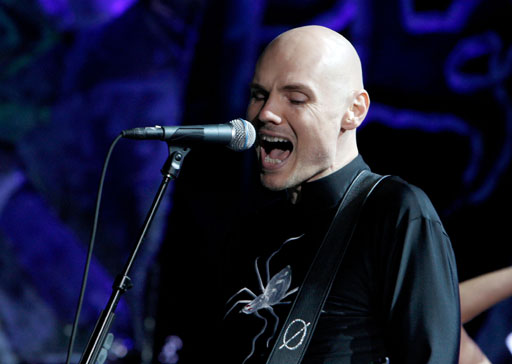 "That wasn't a stage move or clumsiness," Corgan, 43, wrote on his Twitter page after the accident. "That was me blacking out and wiping out."

"I have no memory of falling against the drum riser and my guitar cabinet, but I can tell you I've got quite a good bruise + am moving slow" he said in another post.

People magazine reports that Corgan and the Smashing Pumpkins will continue their tour despite the mishap. The next stop is in Knoxville, Tenn.