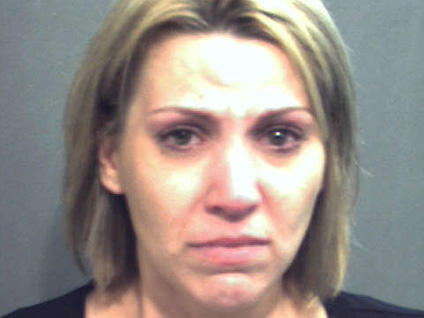 (CBS/AP) ORLANDO, Fla. - Amanda Brumfield, the estranged daughter of actor Billy Bob Thornton, has been sentenced to 20 years in prison for the October 2008 death of her best friend's 1-year-old daughter during an overnight stay at her home.

Brumfield was sentenced Thursday, four months after she was ;convicted of aggravated manslaughter of a child. She was acquitted of first-degree murder and aggravated child abuse charges.

The 32-year-old claimed that Olivia Madison Garcia hit her head after falling while trying to climb out of a playpen.

Prosecutors said it was "impossible" that a fall from that height would cause a three-and-a-half inch fracture on the girl's skull.

Brumfield is the oldest of five children of the 55-year-old actor, who has been married five times. Her mother is Melissa Lee Gatlin, who was married to Thornton from 1978 to 1980.