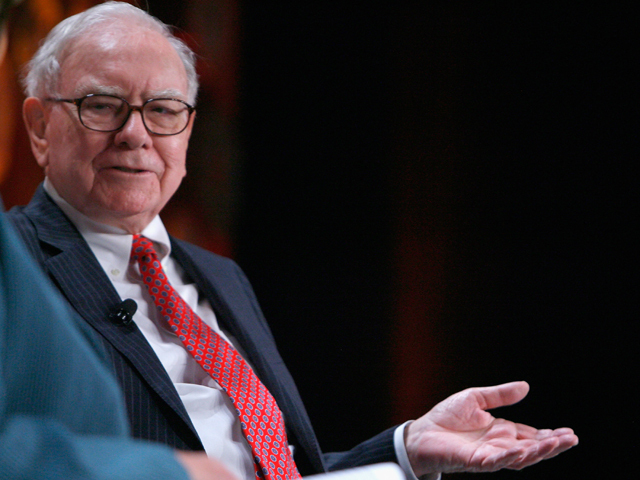 Billionaire investor Warren Buffett says a private gathering at an Arizona resort where Oprah likes to hang out was a great chance for the American billionaires who have pledged to give away at least half their wealth to meet each other, compare notes, eat and laugh.

Buffett knew only about 12 of the 61 people at a Thursday dinner before the famously gregarious Berkshire Hathaway CEO worked the room and made 40 new friends.

"They all more than fulfilled my expectations," Buffett told The Associated Press on Friday in a telephone interview.

The media was banned from the first annual meeting of the group that has accepted the giving challenge by Buffett and his friend Microsoft co-founder Bill Gates. So were extended family, advisers, secretaries and the CEOs of the foundations represented by the billionaires at the Miraval Resort in Tucson.

Since last June, 69 individuals or couples have made the giving pledge.

Melinda Gates, co-chair of the Bill & Melinda Gates Foundation, said she was delighted by the openness of the virtual strangers. At one point, conversation at her table drifted toward the biggest mistakes people had ever made as philanthropists.

"One of the things about being a philanthropist, in many ways it's rather a lonely job," said Tashia Morgridge, a retired special education teacher.

She works with her husband, Cisco Systems chairman John Morgridge, to give money to improve U.S. education through the Denver-based Morgridge Family Foundation.

"Being able to share with other people who are agonizing about the same decisions is extraordinarily useful," said Kaiser, the chairman of BOK Financial Corp who has been an oil and gas industry executive for four decades. He led a session on applying analytical business practices to philanthropy.

The goals of the organization do not include working together to pool philanthropic dollars. Still, the meeting in Tucson that ended Friday included sessions where different philanthropists shared their passion to improve education, the environment and other causes.

Philosophies of giving and ideas for collaboration among the billionaires were also shared throughout the event, said Jean Case, CEO of the family foundation started by her and her husband, America Online founder Steve Case.

"There's a strong desire in this group to learn from each other," said Jean Case, who offered to host the event at their Tucson resort after Melinda Gates talked to her about the possibility of the meeting.

The mother of five children also led a session on children and families in philanthropy. Steve Case gave a talk on using social media to encourage giving. All the sessions at the meeting were led by members of the group.

Some common themes emerged from the event. The participants are looking to do more impactful, more effective philanthropy and to inspire average people to give money away, Jean Case said.

Sharing ideas about giving also took place informally. Melinda Gates said she talked to two people who were devoting money for work on state pension issues and criminal justice — problems Gates had previously not thought about.

Chuck Feeney, a New Jersey philanthropist Buffett called the spiritual leader of the group, spoke about his plans to give all his money to charity.

"He wants his last check to bounce," Buffett said.