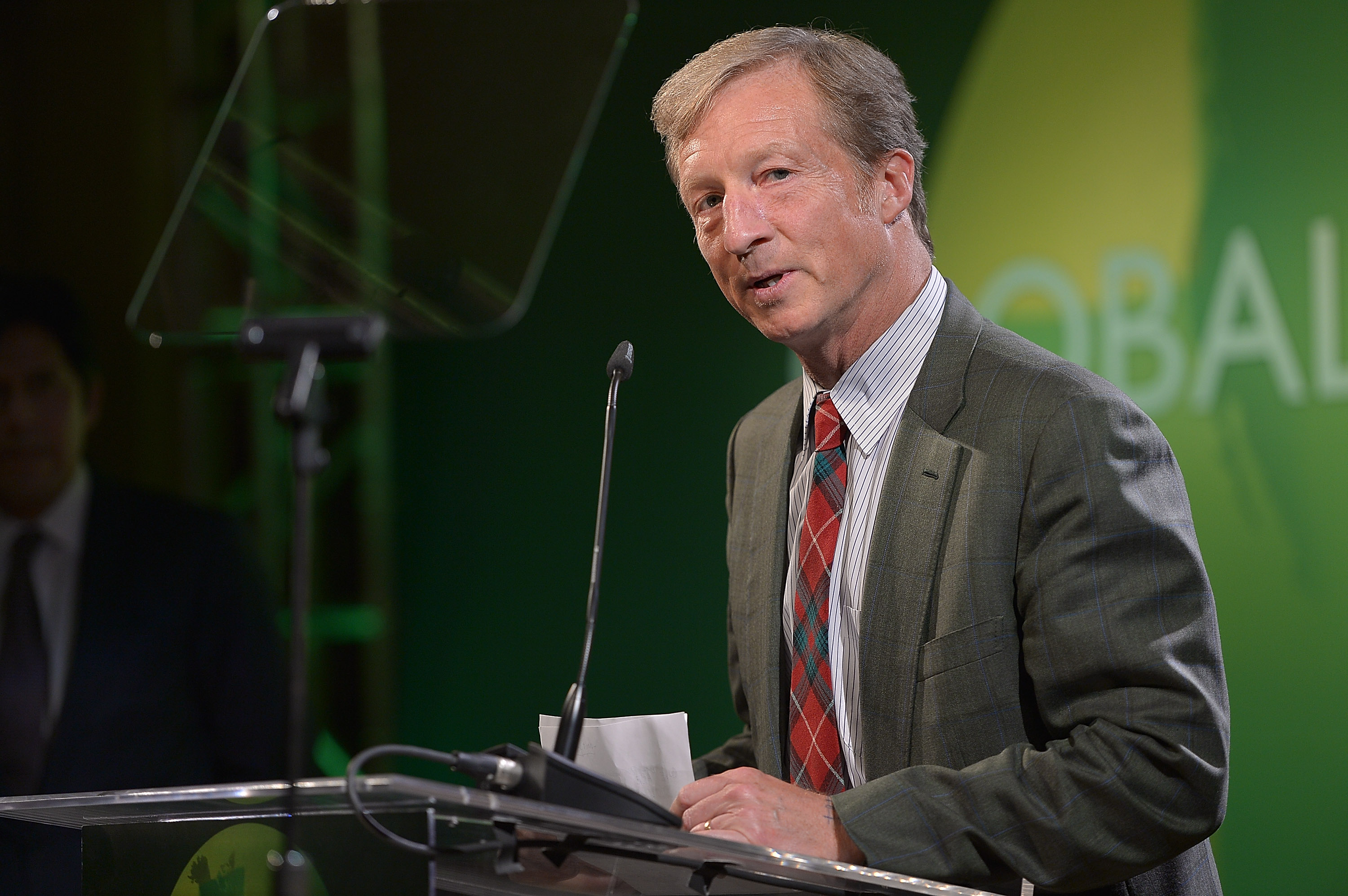 "Our real goal has been not to support any one candidate, but to emphasize and highlight the issue [of climate change] so that the candidates can lay out their solutions and so the American people can have a chance to make a decision," Steyer said in an interview with Reuters published Wednesday.

Steyer, a Democratic megadonor who made his billions as a hedge fund manager, changed the political calculus on climate change during 2014's midterm elections. His super PAC, NextGen Climate Action Committee, funneled millions backing candidates that proposed aggressive climate agendas and opposed the Keystone XL pipeline (three of whom won). Steyer, giving over $50 million to his super PAC, was the largest donor during that midterm cycle.

"We have always come out and supported the climate champion," Steyer said. "The idea that for some reason we wouldn't do that, I'd have to understand why in hell we didn't. Because that has been our practice always."

Of Clinton, Steyer doesn't believe the Democratic front-runner has "fully fleshed out everything she has to say about energy and climate."

"I think that as the campaign goes on, I would imagine she will put out more detailed plans of exactly what she thinks," he said. "I don't find what she's said inadequate, but I don't think it's complete yet."

Last year, Clinton drew praise for her climate change action plan from Steyer, which he called an "ambitious framework" that positioned the former secretary of state as a "strong leader in solving the climate crisis."

Clinton's proposals called for an increase in the use of solar and wind energy, setting a benchmark for every American home to be powered by renewable fuel sources by 2027.

Steyer has raised money for Clinton in the past, holding a fundraiser last year at his San Francisco home for the Democrat.

Still, Sanders' climate plans, which include a more dramatic push away from fossil fuels and proposals to ban hydraulic fracking, seem to align more closely with the billionaire's own stated climate goals.

And new poll show the Vermont senator with strong chances in the early-nominating contests of Iowa and New Hampshire. A CNN/WMUR poll released Tuesday found Sanders leading Clinton by 27 points in the Granite State.

Sanders, however, has repeatedly said that his presidential campaign would not accept big money donations from super PACs.

But Steyer said the senator's views on super PACs "certainly wouldn't disqualify him for us, I can tell you that."

"What Bernie Sanders is talking about, which is trying to get back to a more perfect democracy, is something that we support too," Steyer said. "We just think that the idea of ... wishing the rules were different and then pretending they were, is something which, unfortunately, probably would be disastrous from the standpoint of energy and climate."