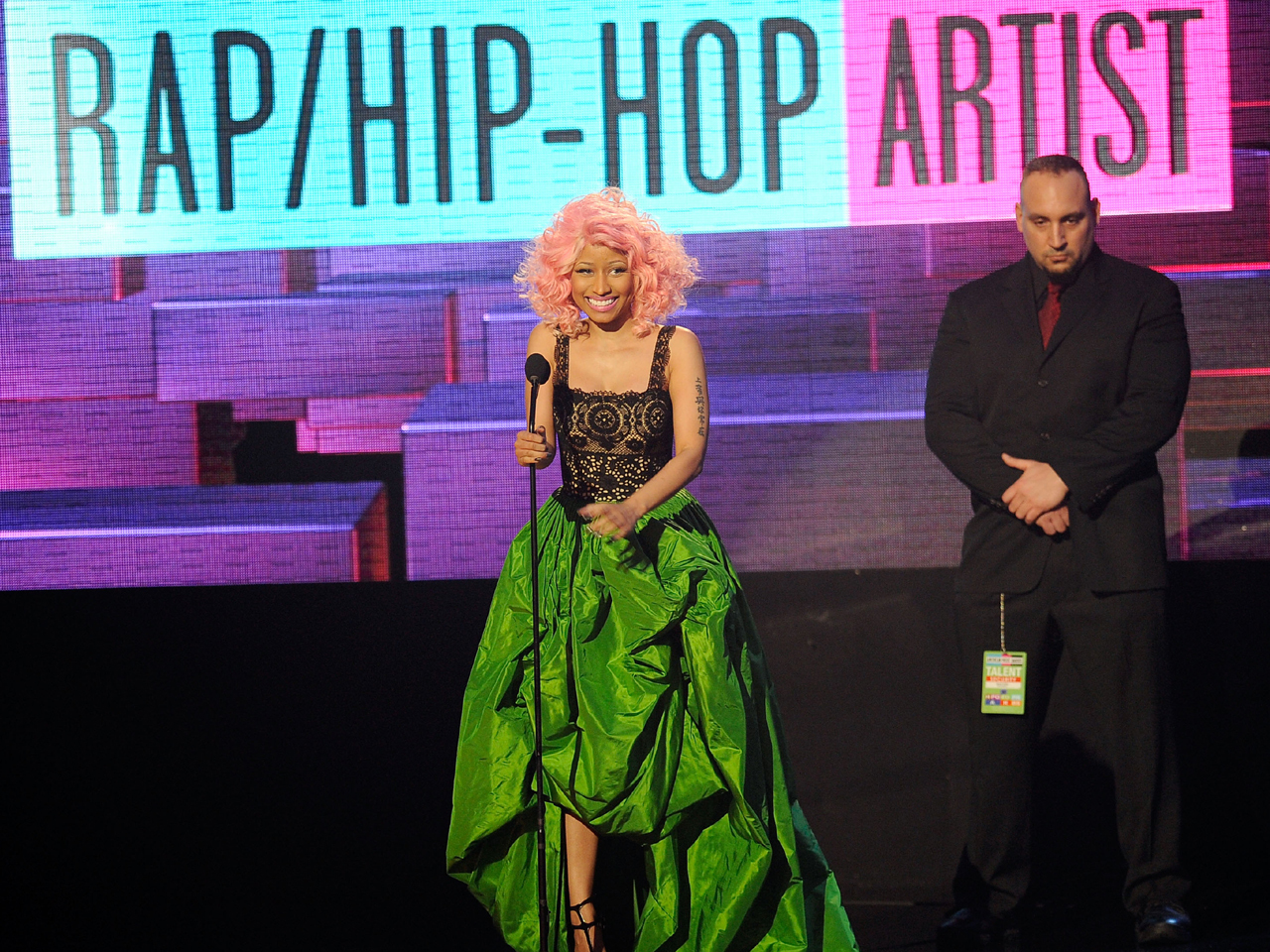 (CBS/AP) Nicki Minaj is already coming off a winning weekend, with two American Music Awards, and the good news doesn't stop there: Billboard has decided to name her its rising star of 2011.

She is slated to get the honor at Billboard's "Women in Music" event on Dec. 2 in New York City.

Minaj will have one her biggest fans on hand as well - Taylor Swift is also being honored as the woman of the year.

Minaj said Wednesday she was "deeply honored to be recognized by Billboard." She said she and her fans have come a "mighty long way" but are not close to where "God will take us."

The rapper and singer has emerged as one of music's most popular entertainers since releasing her debut album "Pink Friday" a year ago Tuesday. Her hits include "Super Bass" and "Moment 4 Life."

She announced Tuesday night the release date of her new album, "Pink Friday: Roman Reloaded," will be on Valentine's Day 2012, reports MTV.

"Its (sic) only right to announce it on the anniversary of Pink Friday right barbz???" Nicki tweeted on Tuesday.