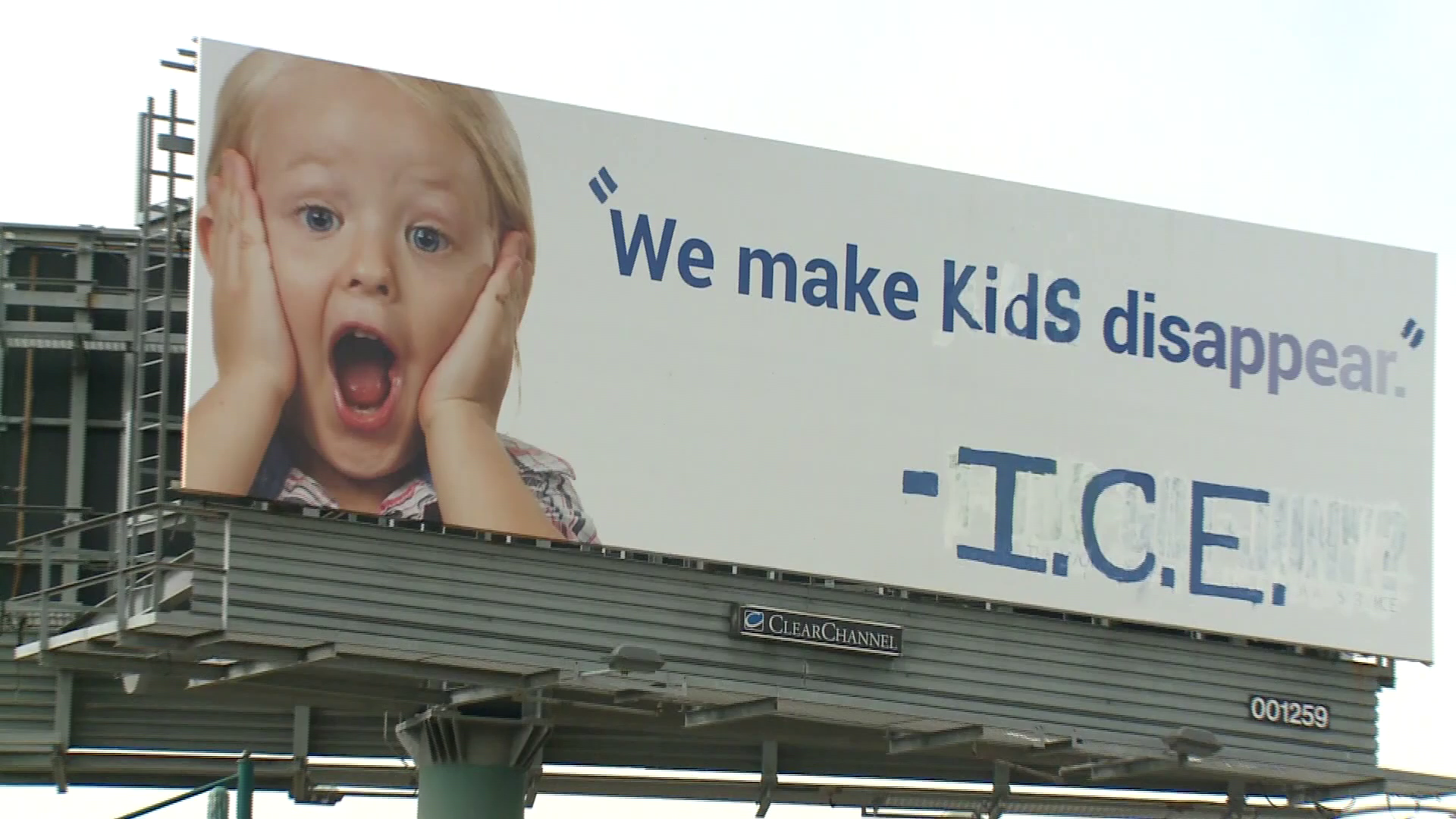 EMERYVILLE, Calif. -- Under the cover of darkness, a group of Bay Area artists have altered a massive billboard on one the region's busiest stretches of highway, CBS San Francisco reports. The billboard is delivering a condemnation of President Trump's immigration policies.

The billboard once read: "We make junk disappear" -- an advertisement for a junk removal firm.

But the artists altered it overnight to read: "We make kids disappear," signed "ICE."

The billboard is located in Emeryville and faces an area where several hundred thousand commuters drive each day on their way into San Francisco.

The activist group Indecline has taken credit for the act of political vandalism. Their message against Mr. Trump's border policies is not lost on those who have seen the billboard.

They also filmed the crime in progress along Interstate Highway 80 near the Shellmound Street exit, producing a video that they posted online.

In a statement emailed to local reporters Thursday morning, Indecline said the action was a direct response to "President Trump's handling of the current immigration crisis, particularly, the separation of young children from their families."

"I think it's a pretty powerful political statement," said Heran Medhin. "I think ultimately we have to be concerned with children. They didn't do anything to deserve to be separated from their parents."