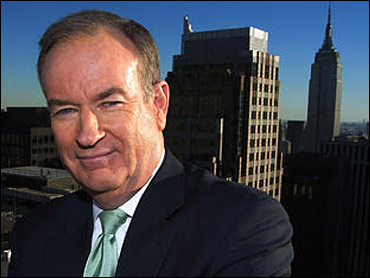 I was in San Francisco last week, when Fox News commentator-in-chief Bill O'Reilly had one of his tantrums and told would-be terrorists to "go ahead" and blow the city off the map of the United States.

The experience got me thinking about why it is that O'Reilly and his fellow broadcast bloviators are so venomous toward the American communities that are generally recognized — even by thinking conservatives — as the most appealing and open-minded places in the country. There's an explanation here, and it does not reflect well on the right-wing ranters.

But, first, to O'Reilly's complaint.

In referendum votes last week, San Franciscans expressed their opposition to military recruitment in the public schools and to handgun ownership. That was too much democracy for the man who presides over cable television's "no spin zone." So he did what he usually does when Americans start exercising their First Amendment rights — he blew up.

On his syndicated radio program, O'Reilly told San Franciscans they were no longer welcome in his America.

"You want to be your own country? Go right ahead," he told the residents of the Bay Area. "And if al Qaeda comes in here and blows you up, we're not going to do anything about it. We're going to say, 'Look, every other place in America is off limits to you except San Francisco.'"

O'Reilly even suggested a target for the terrorists. "You want to blow up Coit Tower (a San Francisco landmark)," he told the suicide bombers. "Go ahead."

San Franciscans took O'Reilly's remarks in stride. The city's major daily newspaper headlined an amusing front page account: "Talk host's towering rant: S.F. not worth saving," while San Francisco Board of Supervisors President Aaron Peskin, who represents the district where Coit Tower is located, recalled the addiction problems of another talk radio host and said, "It sounds like (O'Reilly's) on the same medication Rush Limbaugh is addicted to, and he should go see a therapist."

To be sure, O'Reilly is ready for some anger management instruction.

But what fascinates me is the target of so much of his anger: American cities that work.

O'Reilly's always got his shorts in a knot about some city like San Francisco or Madison or Boulder that has made the mistake of questioning Fox's Orwellian "war-is-peace," "tolerance-is-hateful," "smart-is-stupid" dogmas.

Nothing bugs the cable TV's boldest blowhard more than Americans who think for themselves. And the people who live in America's most livable cities tend to be a diverse lot of entrepreneurs and innovators, big thinkers and big doers who are better educated, better traveled and better prepared to see through the spin that is pumped out by the Bush White House and its media amen corner.

As such, they are less likely to take cues about how to vote or what to think from television and radio personalities. That's bad news for O'Reilly, who has gone so far as to write a children's book — "The O'Reilly Factor for Kids" — that pushes the "indoctrination" envelope to places even Limbaugh feared to go.

And a city that is immune to indoctrination, a city that thinks for itself and refuses to fall for the fear-mongering that is the stock in trade of the cable news channels these days, well, that's just not O'Reilly country.

What's an O'Reilly to do? Point the terrorists in the direction of the cities that are not scared enough, not paranoid enough, not ignorant enough to put their trust in the likes of Bill O'Reilly.