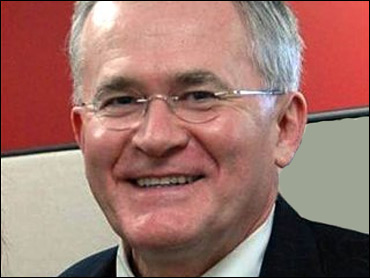 You may know him as Bill Nye, the science guy, but he is also "head sparkologist" on the new children's network Noggin.

A sparkologist finds out what sparks kids. "Sparks are the things in your life that get you the most excited, the things that make your brain so hyper it starts bouncing around inside your head," Nye suggests, adding that he wants to "spark their yearn to learn."

He raised some sparks while explaining global warming on The Saturday Early Show.

Some of the most extreme and destructive weather on record occurred in 1999. Just last week hurricane strength storms blasted France, and in New York, where Christmases used to be white, trees bloomed in December.

Are these signs that the climate is changing for good?

Nye says the climate is definitely changing. Scientists have tracked the amount of carbon dioxide in the atmosphere over the last 400,000 years, and it has been increasing in lock step with the temperature, he says.

Carbon dioxide is the main factor in this greenhouse effect. If people pump out too much, it could raise global temperatures, which, in turn, would raise sea levels. There could be more intense rainstorms some places and drier soils in others.

Nye says this is an important phenomenon. Scientists don't know what the exact effects will be but it needs to be closely watched.

Nye will appear on the Noggin network and on the Noggin.com Web site doing science shows and providing features online. This is all part of a new 24-hour, commercial-free network for kids from Nickelodeon and the Children's Television Workshop.

For more features and fun for kids, go to www.noggin.com.