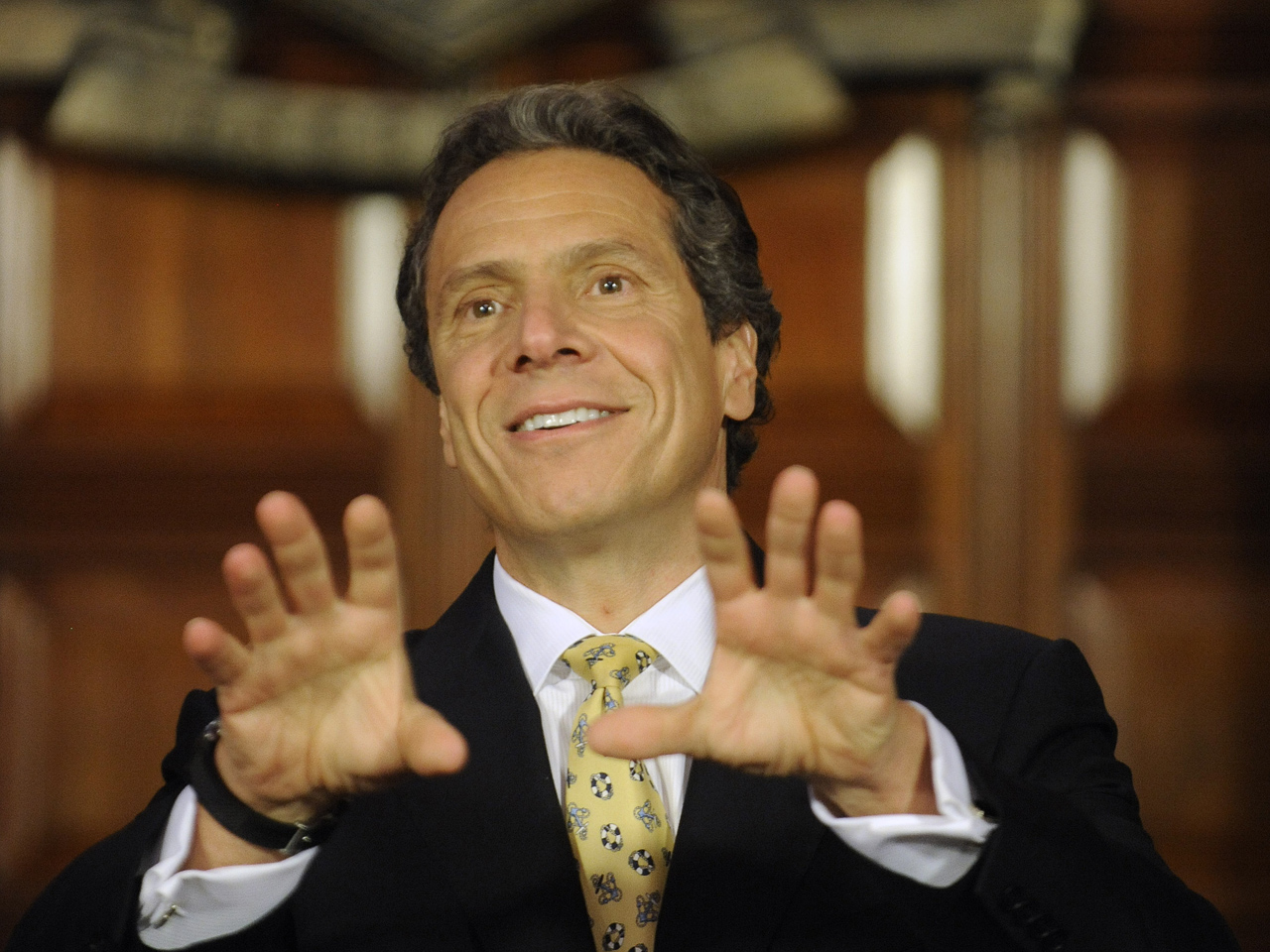 (AP) ALBANY, New York - Gov. Andrew Cuomo on Monday proposed cutting the penalty for public possession of a small amount of marijuana, a change in state law that would defuse some criticism of the New York Police Department's stop-and-frisk policy in minority communities.

With three weeks remaining in the legislative session, Cuomo said his bill to reduce the criminal misdemeanor to a violation with a fine up to $100 would save thousands of New Yorkers, disproportionately black and Hispanic youths, from unnecessary arrests and criminal charges.

Manhattan District Attorney Cyrus Vance said it will help them redirect limited resources to serious crime, and key Assembly Democrats expressed support. Some opposition is expected in the state Senate's Republican majority, where a spokesman said they will review the measure once Cuomo submits it.

Possession of less than 25 grams was reduced in state law to a violation in 1977, subject to a ticket and fine. If the pot is burning or in public view, it rises to a misdemeanor that leads to an arrest. Cuomo's proposal differs from pending Assembly and Senate bills because it leaves public marijuana smoking as a criminal misdemeanor.

Cuomo acknowledged the existing approach disproportionately affects minority youths, with 94 percent of arrests in New York City, more than half of those arrested younger than 25 and 82 percent either black or Hispanic. He also defended keeping smoking marijuana a crime. "I believe the society does want to discourage the use of marijuana in public, on the street. Smoking a joint, I think, is a different level of activity than just being in possession of it," he said.

According to advocates for decriminalizing it, 14 states, including Oregon and Massachusetts, have lowered penalties for possessing small amounts of marijuana to civil fines in a movement that began in the 1970s. Since 1996, 16 states, including California, have legalized its use for medical conditions, though New York has not.

Kelly said he faced criticism from City Council last year about too many arrests for small amounts of marijuana. He responded that they need to change the state law because officers can't simply turn a blind eye to it.

In response to allegations that police were arresting people for marijuana that was in their pockets until police made them reveal it, Kelly issued a directive last year reminding officers how existing law should correctly be applied. "This (new) law will make certain that the confusion in this situation will be eliminated, and it also mandates that a violation will be charged irrespective as the district attorney said the marijuana is in plain sight or not," he said Monday.

Assemblyman Hakeem Jeffries, a Brooklyn Democrat and sponsor of the Assembly bill similar to Cuomo's proposal, said the racially disparate arrest numbers are a consequence of both the statute and the police stop-and-frisk policies. "The unlawful arrests have declined but not at the level that many had hoped would take place," he said.