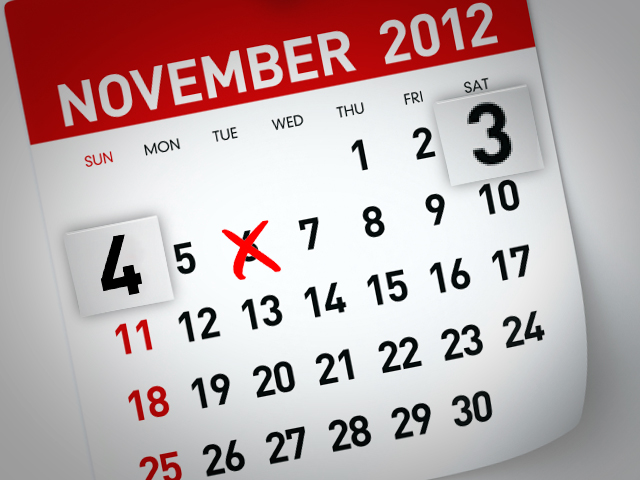 Two Democratic representatives on Friday said they are introducing legislation to move Election Day from the first Tuesday in November to the first full weekend of that month in an effort to make it easier for Americans to vote.

"By moving Election Day from a single day in the middle of the work week to a full weekend, we are encouraging more working Americans to participate. Our democracy will be best served when our leaders are elected by as many Americans as possible," said co-sponsor Steve Israel of New York.

Added John Larson of Connecticut, the other sponsor: "As a representative democracy, voting is a fundamental responsibility for all Americans and the system should be as accessible as possible for as many as possible. Unfortunately, the system we have now was designed to meet our country's needs over 160 years ago and it no longer makes any sense. It's time we stop making people choose between exercising their responsibility to vote, and meeting their everyday obligations."

The legislation would mandate that election officials keep polls open on the first weekend in November from 10 a.m. on Saturday to 6 p.m. on Sunday, with the option of closing polls overnight.

In 1845, Congress voted to standardize Election Day as the first Tuesday after the first Monday in November. (They included that "after the first Monday" in part to make sure the election wouldn't be held on November 1, the date of the Catholic holy day known as All Saints Day.) Lawmakers chose Tuesday in order to give voters one travel day after the Sunday day of rest to get from their farms into town to vote.

Jacob Soboroff, executive director of a group called "Why Tuesday," told CBSNews.com in an interview in December that the system is now hopelessly out of date.

"Frankly it literally is just silly that we're still voting on this day when so many Americans are working two jobs, don't necessarily have time to make it to the polls before or after work," he said. (Watch at left.) According to Norman J. Ornstein, a "Why Tuesday" board member, the United States ranks 138th of 172 countries when it comes to voter participation.

The Weekend Voting Act has been introduced in past Congresses, to little effect - in part because lawmakers have little incentive to change the system. There have also been suggestions that increasing participation by moving the election to the weekend would benefit a particular political party, a factor Soboroff dismisses.

"You do not have to be a Democrat or a Republican to be a working person that has two jobs or to be a single mother or to basically have a hard time getting to the polls," he said.

Many - but not all - states now have early voting options for their residents, partially alleviating the challenges inherent in Tuesday voting. But backers of the Weekend Voting Act say it's not enough.

"Despite convenience voting options for Americans in 35 states, in 15 states voting is Tuesday-or-bust," said Ornstein. "It's time to make this common-sense change to our voting system."