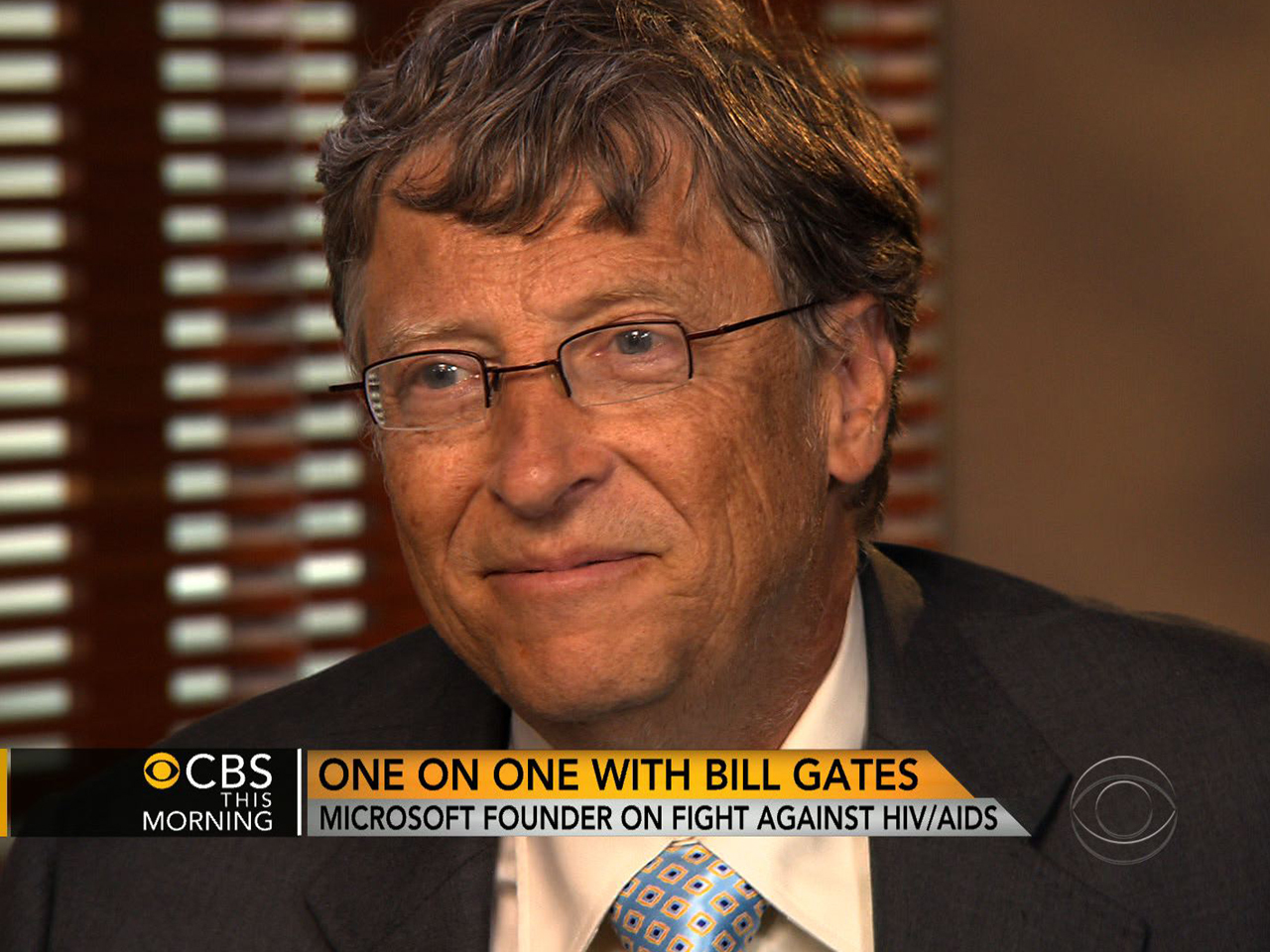 Gates said the company has been working on products for years that are just coming out, and it's "always a bit backwards looking." He added, "Are there products that Microsoft has done super well on? Absolutely. ... Are there products other companies have done super well on? Yeah, absolutely. It's a great field. It's a great field to be a customer in. ... The tech industry is so amazing and Microsoft is a huge contributor."

Gates downplayed the company's recent loss saying it's "an accounting thing that led to that...one-time thing." He added, "I don't think you should read too much into it. Microsoft, on a financial basis, a research basis, is a phenomenally strong company."

For more with Gates on his continued presence in the company as its chairman, and his philanthropic efforts, particularly in the fight against HIV/AIDS, watch the video in the player above.