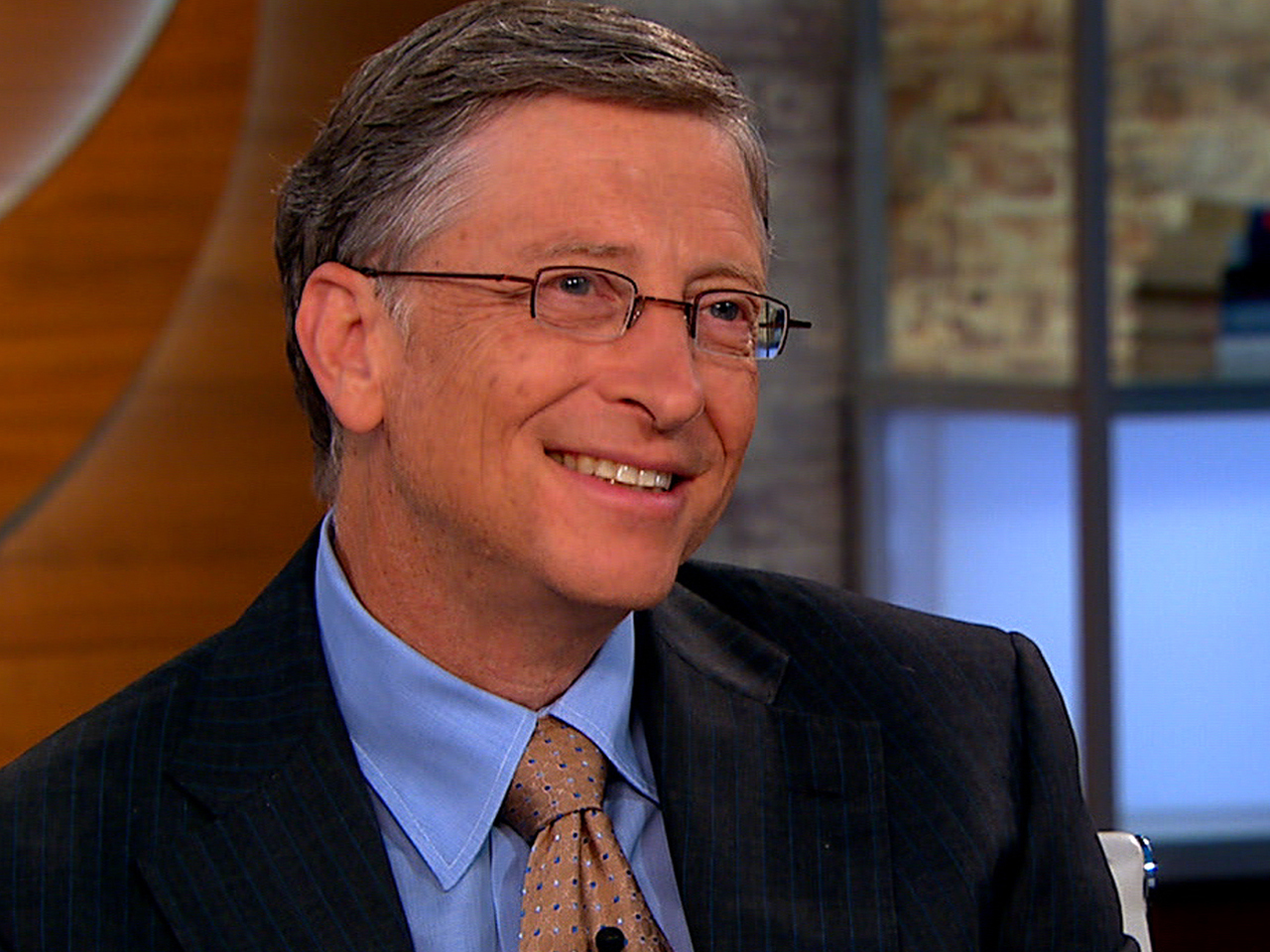 (CBS News) Bill Gates remains chairman of Microsoft, but he stepped back from his day-to-day role nearly five years ago.

In a recent interview with "CBS This Morning" co-host Charlie Rose Gates said he's not satisfied with the company's innovations.

Asked by Rose if he's happy with chief executive officer Steve Ballmer's performance, Gates said, "Well, he and I are two of the most self-critical people -- you can imagine. And here were a lot of amazing things that Steve's leadership got done with the company in the last year. Windows 8 is key to the future, the Surface computer. Bing, people are seeing as a better search product, Xbox."

"But is -- is it enough?" he said. "No, he and I are not satisfied that in terms of, you know, breakthrough things, that we're doing everything possible."

Gates admitted the company didn't "get out in the lead very early" on cell phones. He said, "We didn't miss cell phones, but the way that we went about it didn't allow us to get the leadership. So it's clearly a mistake."

In addition to Microsoft, Gates discussed his philanthropic efforts. He and his wife Melinda now run the world's largest charity, which hopes to wipe out polio by 2018. Watch the video above for how he plans to use innovation to aid the world's poor.