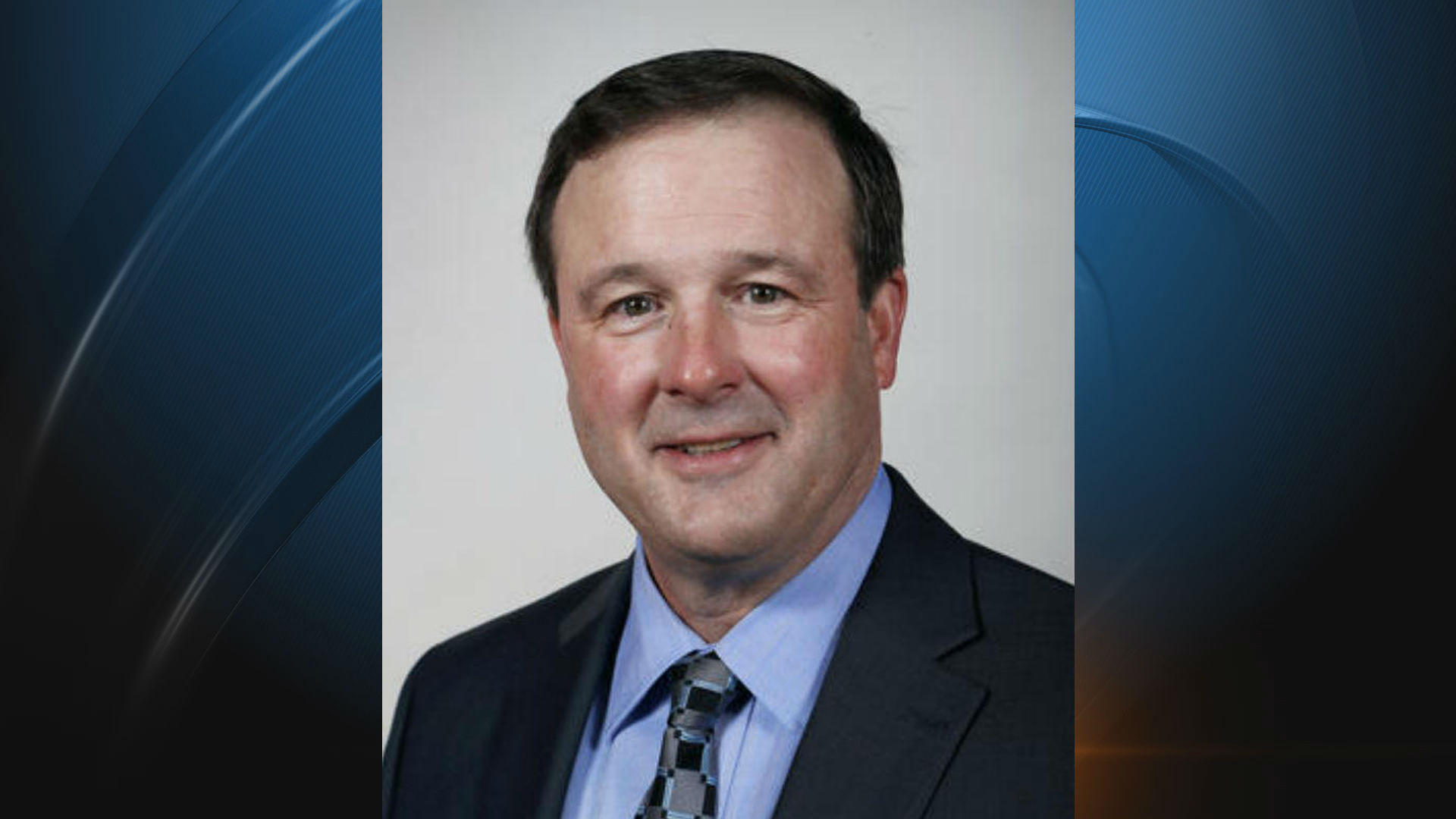 DES MOINES, Iowa -- The top leader in the Iowa Senate resigned Monday after a website published video and photos allegedly showing the married lawmaker kissing a statehouse lobbyist. Senate Majority Leader Bill Dix's resignation from his leadership post and as a state senator was effective 2 p.m. Monday, according to a press release from Senate President Jack Whitver.

Republicans in the GOP-controlled chamber plan to elect a new majority leader on Wednesday.

The incident caps a swift response from Republicans in the Senate after the liberal website Iowa Starting Line published video and photos showing Dix and a woman together at a Des Moines bar. The video shows the two kiss. The website said the incident was recorded March 1.

The woman was identified as a statehouse lobbyist for Iowa League of Cities, an organization that seeks to sway legislation at the state Capitol. The woman did not respond to a request for comment from The Associated Press.

Robert L. Palmer, director of government affairs and legislative counsel for the group, said in an email: "We are taking what we believe are appropriate actions, but because this is a personnel matter we cannot comment further."

State Senator Rob Hogg confirmed to CBS affiliate KCCI that the lobbyist in the video is Lindsey McCune. Hogg says McCune was his legislative secretary in 2015.

"Because this involves Senator Dix and a lobbyist, there will be questions about the impact of this relationship on legislation," said Senate Minority Leader Janet Petersen in a statement.

Petersen also criticized Dix for how he handled a sexual misconduct case involving a former Senate GOP staffer. The former employee filed a lawsuit claiming sexual misconduct in the workplace. She was awarded $1.75 million last year.

"This footage would suggest to me that the sexual harassment training was not effective, at least not for Mr. Dix," Katie Ervin Carlson, a local attorney, told Iowa Starting Line. "As long as men in power can continue to abuse their power without consequences, this problem will not be fixed."

GOP Gov. Reynolds told reporters Monday morning she planned to meet with Dix in the afternoon. She declined further comment at the time about the allegation. She did not immediately respond to a request for comment after Dix's resignation.