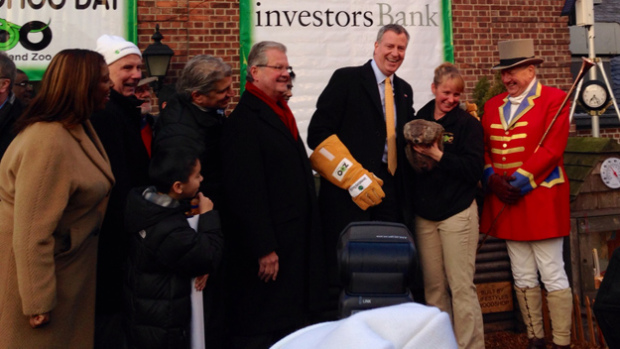 The Democratic mayor's spokesman, Eric Phillips, says the mayor hasn't attended in recent years and has many other events to attend. The zoo's groundhog Chuck has made weather predictions for more than three decades.

The last time de Blasio held the groundhog was in 2014, when he dropped a stand-in groundhog named Charlotte.

Charlotte died several days after being dropped, however the zoo says it was unlikely that the death was related to being dropped.

The current mayor was not the first to have groundhog troubles, as former Mayor Michael Bloomberg was bitten by Chuck in 2009.

De Blasio to unveil "most aggressive wealth tax" during debate