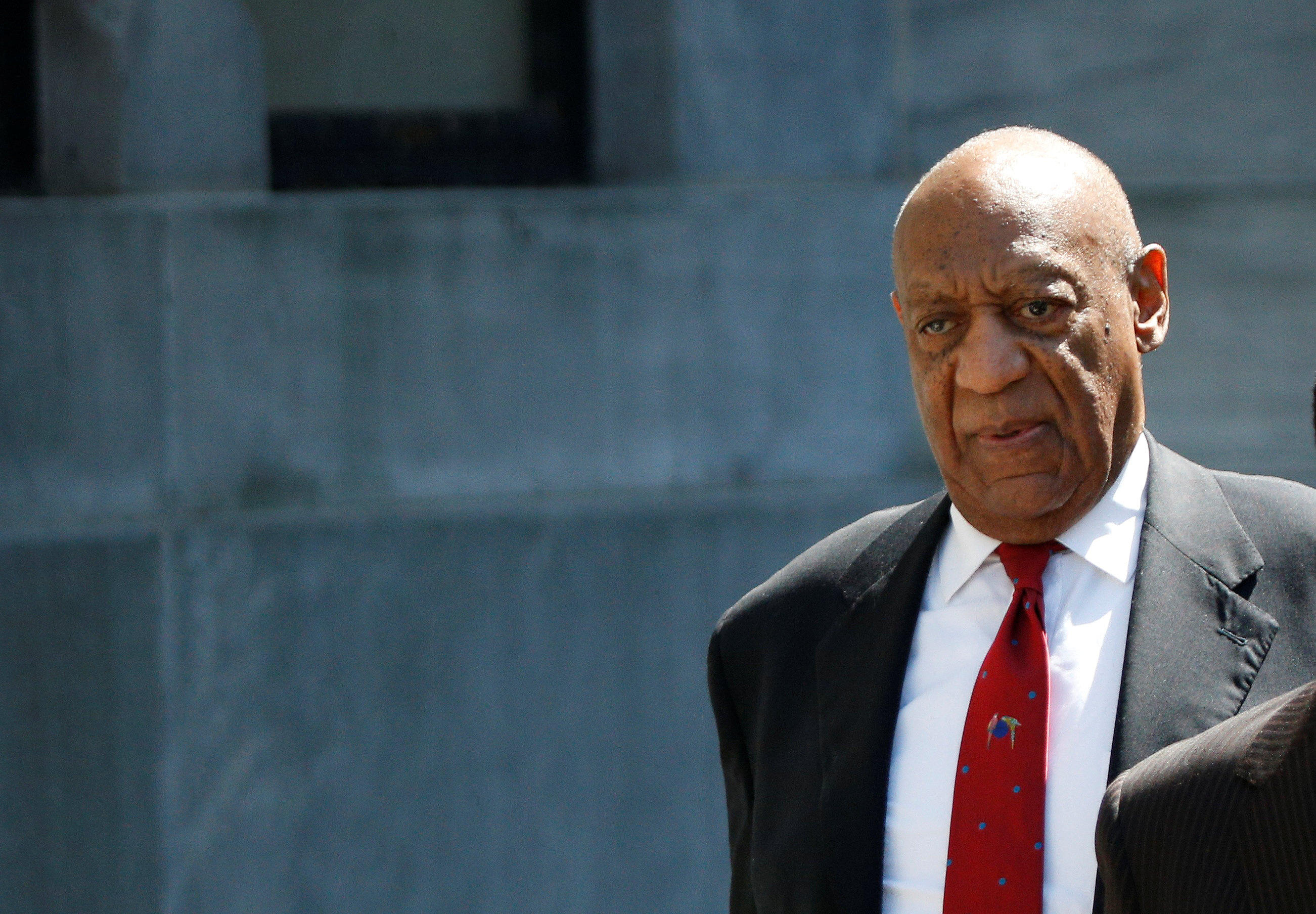 NORRISTOWN, Pa. -- Bill Cosby faced the start of a sentencing hearing Monday at which a judge will decide how to punish the 81-year-old comedian who blazed the trail for other black entertainers and donated millions to black causes but preyed on at least one young woman and perhaps many more. Cosby was the first celebrity to go to trial in the #MeToo era and could be the first to go to prison - perhaps for the rest of his life -- after being convicted in April of drugging and sexually assaulting former Temple University employee Andrea Constand at his suburban Philadelphia home in 2004.

At the end of the potentially two-day hearing, Montgomery County Judge Steven T. O'Neill could sentence Cosby to as many as 30 years in prison or send him home on probation. The state guidelines for someone like Cosby, with no prior convictions, call for about one-to-four years behind bars.

"Obviously, the allegations are serious, and, except for his age and poor health, would normally warrant some jail time," said Samuel Stretton, a veteran defense lawyer not connected to the case.

Judges can't help being influenced a little by the "optics" of a case - that it, how it is going to look to the public, said Daniel Filler, dean of Drexel University's Kline School of Law.

In the overnight hours Monday, Constand tweeted a Bible verse about letting go of anger:

She said previously that she came forward "for justice." She told NBC News' Kate Snow on "Dateline" she "also did it because of what was happening at the time. And what was happening was many women came out into the public, into the media in droves, saying that they too had been drugged and sexually assaulted."

Cosby is legally blind and uses a cane, something his lawyers are certain to point out along with his achievements and philanthropy. Prosecutors hoped to call some of his other accusers to paint Cosby as a sexual predator deserving of prison.

Two of the other women accusing Cosby of sexual assault said Sunday they hope he will be sent to prison.

Lise-Lotte Lublin and Chelan Lasha, appearing at a Philadelphia news conference, also said they hoped they would be allowed to read victim impact statements before Cosby is sentenced.

"I really think it's important that he spend some time behind bars," said Lublin, who said Cosby assaulted her when she was 23 in 1989. "At some point, he should acknowledge what he's done, and do the time for the crime."

Whatever the sentence, Cosby is likely to be deemed a sexually violent predator and will have to undergo monthly counseling the rest of his life, in prison or out. Neighbors and schools will be warned he is living nearby.

In the years since Constand first went to police in 2005, more than 60 women have accused Cosby of sexual misconduct, though none of those claims has led to criminal charges.

But behind the scenes, according to testimony, the married star sought out sexual encounters with young women, including actresses he offered to mentor, models seeking a part on his shows, and flight attendants he met in his travels. He also acknowledged obtaining quaaludes in the 1970s to give to women before sex.