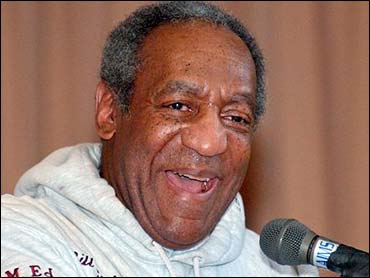 Bill Cosby settled a civil lawsuit filed by a woman who said the entertainer drugged and sexually assaulted her at his home outside Philadelphia.

Terms of the settlement will remain confidential, according to a one-paragraph statement issued Wednesday by the woman's law firm.

Cosby's publicist, David Brokaw, confirmed the settlement and said there would be no further comment.

The woman claimed that Cosby, 69, assaulted her at his mansion in Cheltenham, Pa., in early 2004 after giving her pills. Attorneys for Cosby say the comedian gave the woman Benadryl after she complained of stress and sleeping problems.

The federal judge presiding over the case earlier denied Cosby's request for a gag order and the plaintiff's request to shield the names of a dozen other women who say Cosby assaulted them.

The plaintiff, a native of Ontario, Canada, who is in her 30s, previously worked at Temple University in Philadelphia, which touts Cosby as one of its most famous alumni. She is identified in court documents, but The Associated Press does not publish names of alleged sexual assault victims without their consent.

The woman, who called Cosby a friend and mentor, went to police about a year after the encounter, but Montgomery County prosecutors declined to file criminal charges.

Cosby, best-known as a warm, funny TV dad, has sparked debate with blunt remarks on personal responsibility aimed at the black community. In 1997, the year his son Ennis was murdered, the long-married Cosby acknowledged a brief affair with the mother of Autumn Jackson, a young woman convicted of extorting him.