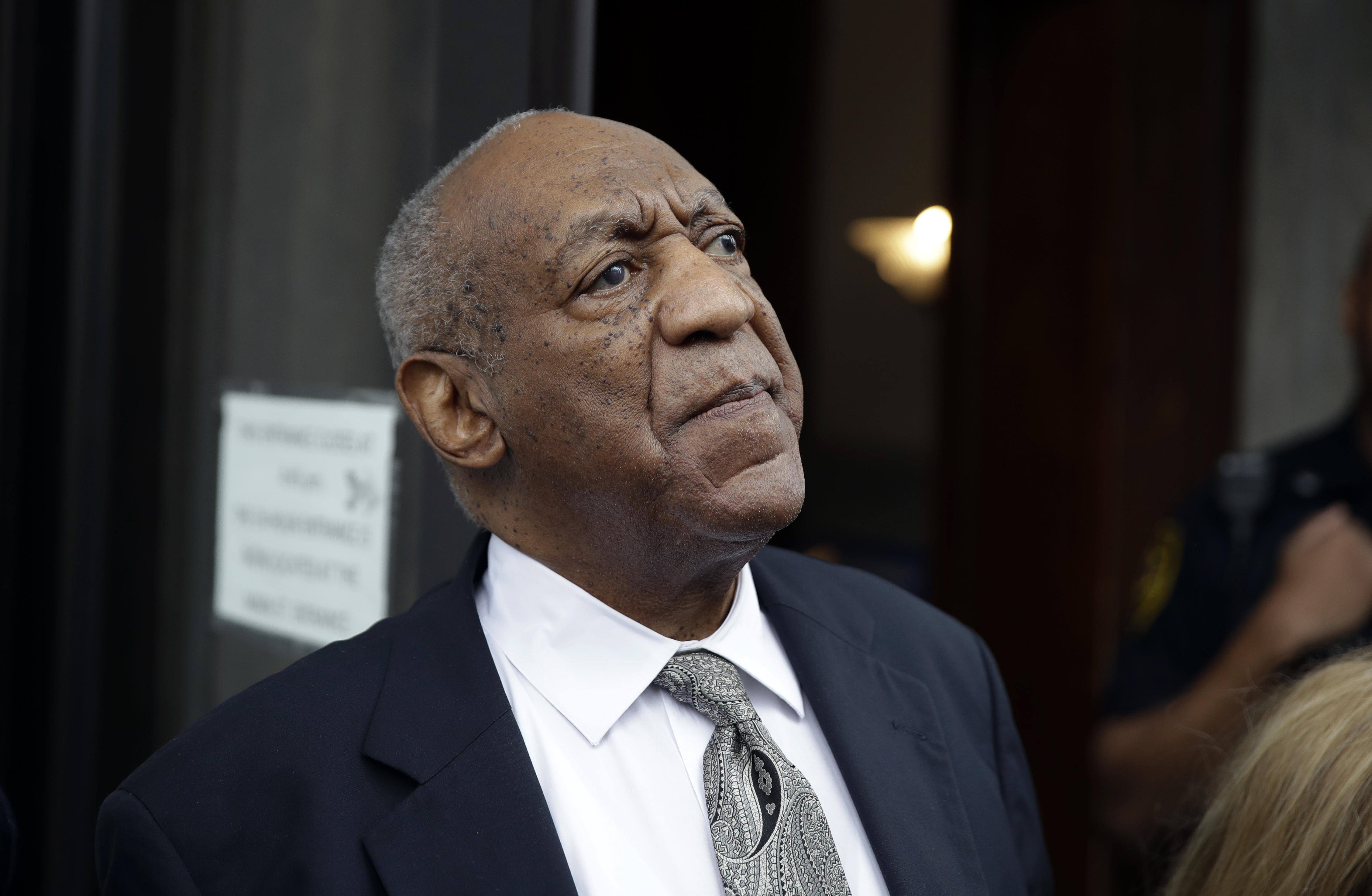 PHILADELPHIA -- Bill Cosby has reappeared in the spotlight recently, performing in public on Monday and inviting reporters to see him have dinner with a friend. Legal experts say it appears to be an effort by the disgraced comedian to rebuild his good-guy image ahead of his retrial on sexual assault charges in the spring.

In the past two weeks, the 80-year-old Cosby emerged from a long period of near-seclusion to have dinner with friends at a restaurant and gave his first comedy performance in more than two years. Cosby's publicists turned both nights into media spectacles, letting reporters tag along as he enjoyed penne and sausage earlier this month and inviting cameras in as he told jokes Monday at a jazz club.

Legal experts say Cosby's team appears to be orchestrating the public outings and media coverage to influence potential jurors at his April 2 retrial on charges of molesting a Temple University employee at his suburban Philadelphia home in 2004. The former TV star's first trial ended in a hung jury last June.

By playing up Cosby's comedic past and Philadelphia roots, Levenson said, his team is attempting to recast his image from that of a predator accused of drugging and molesting about 60 women over five decades.

Prosecutors have asked a judge to let 19 of those women testify at Cosby's retrial, which is likely to unfold in a far more hostile climate than his first trial. In recent months, the #MeToo torrent of sexual misconduct allegations has brought down numerous powerful men, including Harvey Weinstein, Kevin Spacey, Matt Lauer and Michigan Rep. John Conyers.

"The defense is saying, 'If they're going to try to make this about his reputation, we better start building back up his reputation,'" Levenson said.

Cosby's spokesman, Andrew Wyatt, denied the comedian's recent public appearances are aimed at influencing a potential jury. He said that the entertainer gets "hundreds of requests per day" and that he accepted the jazz club invitation because he wanted to honor Philadelphia musician Tony Williams.

"Living life is not a strategy," Wyatt said "Mr. Cosby is a human being. When did being a human being become a strategy? He has to live life to the fullest."

Cosby's accusers see his re-emergence as a slap in the face.

"While he's laughing, they're crying," said Gloria Allred, the lawyer for about 30 Cosby accusers. "Perhaps this is some sort of charm offensive, but I think there are many, many people who believe the accusers, and they are not charmed by what appears to be an act," she added. "It feels manipulative of public opinion."

Earlier Monday, Cosby spoke at a star-studded memorial service in New York for choreographer George Faison's longtime partner. Over the weekend, Cosby's social media accounts featured photos of him visiting a Philadelphia barber and a cafe and expressing support for the Super Bowl-bound Eagles.

During his hour-long jazz club performance, Cosby appeared at ease at he reminisced about his childhood and pounded the drums. He didn't touch on his criminal case and wouldn't answer reporters' questions about it afterward, saying: "I came here tonight to enjoy being with my friends and the musicians and the people who came."

Outside the restaurant where he ate dinner with friends Jan. 10, Cosby shook a reporter's hand and told her: "Please don't put me on MeToo." At the time, when a reporter asked Cosby about his upcoming retrial for the alleged assault of Andrea Constand, he said, "We're ready." The trial is set for April. Constand alleged that Cosby drugged and molested her in 2004. She said in court that Cosby gave her pills and then penetrated her with his fingers against her will while she was paralyzed and half-conscious. She said that they never had a romantic relationship, and that she had rebuffed his previous advances toward her. Cosby said the encounter was consensual.

"When you have to go to traffic court, do you stop going to work?" he said. When reminded that the charges against Cosby are more serious and could put him in prison for the rest of his life, the spokesman replied: "People have to go to court every day. They still go out and enjoy life."

Wyatt said Cosby has been out in public frequently near his primary home in Massachusetts. The difference now: He is inviting the media. Wyatt issued a press release about Cosby's comedy performance about two hours before he was to take the stage.

"By inviting you guys along, it's pretty clear what the motivation is there. I doubt it's because you needed to see another comedy act," Levenson said. "In other words, were you being used and manipulated? I think so."