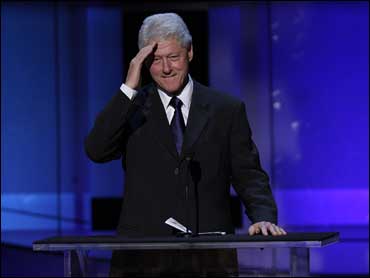 Former President Clinton said through a spokesman Tuesday that he is committed to helping Barack Obama become president, his first comments in support of his wife's former rival since their primary ended three weeks ago.

Relations between the last Democratic president and the candidate who wants to be the next one are still frosty - they still haven't spoken in the aftermath of the heated campaign. But Bill Clinton extended an offer to help in a one-sentence statement from spokesman Matt McKenna.

"President Clinton is obviously committed to doing whatever he can and is asked to do to ensure Senator Obama is the next president of the United States," McKenna said.

It's not clear what Obama might ask him to do. The campaign wasn't specific when asked.

"A unified Democratic Party is going to be a powerful force for change this year and we're confident President Clinton will play a big role in that," said Obama spokesman Bill Burton.

Bill Clinton will not be attending the unity rally Friday between the two former rivals Friday in New Hampshire. McKenna said the former president is in Europe this week to celebrate Nelson Mandela's 90th birthday, give speeches and work for the William J. Clinton Foundation.

Obama and Hillary Rodham Clinton spoke Sunday and talked about Obama connecting with the former president sometime in the future, Burton said.

Bill Clinton was an outspoken critic of Obama during the primary race. He said Obama's candidacy was a "fairy tale" and raised questions about whether the first-term Illinois senator had the experience to lead the country. During one debate Obama snapped at Hillary Clinton, "I can't tell who I'm running against sometimes."