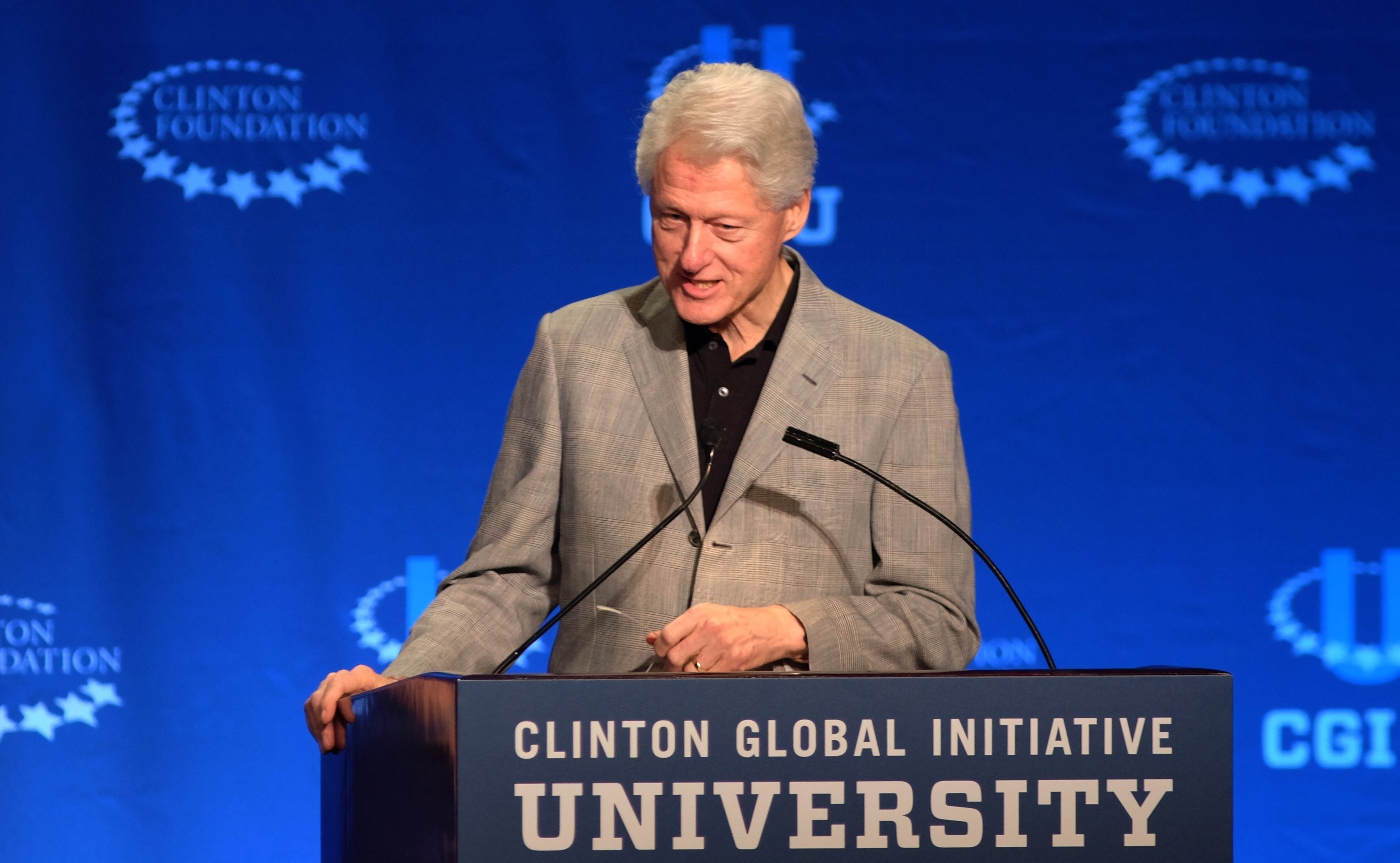 Former President Bill Clinton gave his first comments late Saturday on the Clinton Foundation's acceptance of contributions from foreign governments, including while Hillary Clinton served as Secretary of State.

In an interview at a foundation event in Coral Gables, Florida, comedian Larry Wilmore asked the former president to address criticism of the donations.

"I think it was Saudi Arabia, ISIS, al Qaeda, places like that. What's the deal with that?" Wilmore asked.

Mr. Clinton responded with a defense of foreign support for the foundation's global projects.

"We do get money from other countries, and some of them are in the Middle East," the former president said. "I think it's a good thing."

"Do I agree with all the foreign policy of Saudi Arabia? No," he said. "But I think it's impressive that the recent king that just died built the first co-educational institution in Saudi Arabia and that they have more women than men in colleges."

In addition, Mr. Clinton pointed out that there are several countries outside the Middle East that also contribute to the Clinton Foundation.

"What you find is you gotta decide when you do this work whether it'll do more good than harm if someone helps you from another country. But, those countries that I get criticized for include United Kingdom, Norway, Sweden," he explained to Wilmore.

As the discussion wrapped up, the former president emphasized that the Clinton Foundation has done more good than harm, despite the controversy.

"My theory about all this is to disclose everything and then let people make their judgments," he said. "I'm going to tell you who gave us the money and you can make your own decisions."

At the event, Mr. Clinton did not address the latest controversy brewing around his wife's private email use while secretary of state. He added Sunday that he "shouldn't be making news on this."

When the former president was asked early Sunday whether his wife was treated fairly, Clinton answered: "I'm not the one to judge that. I have an opinion, but I have a bias."