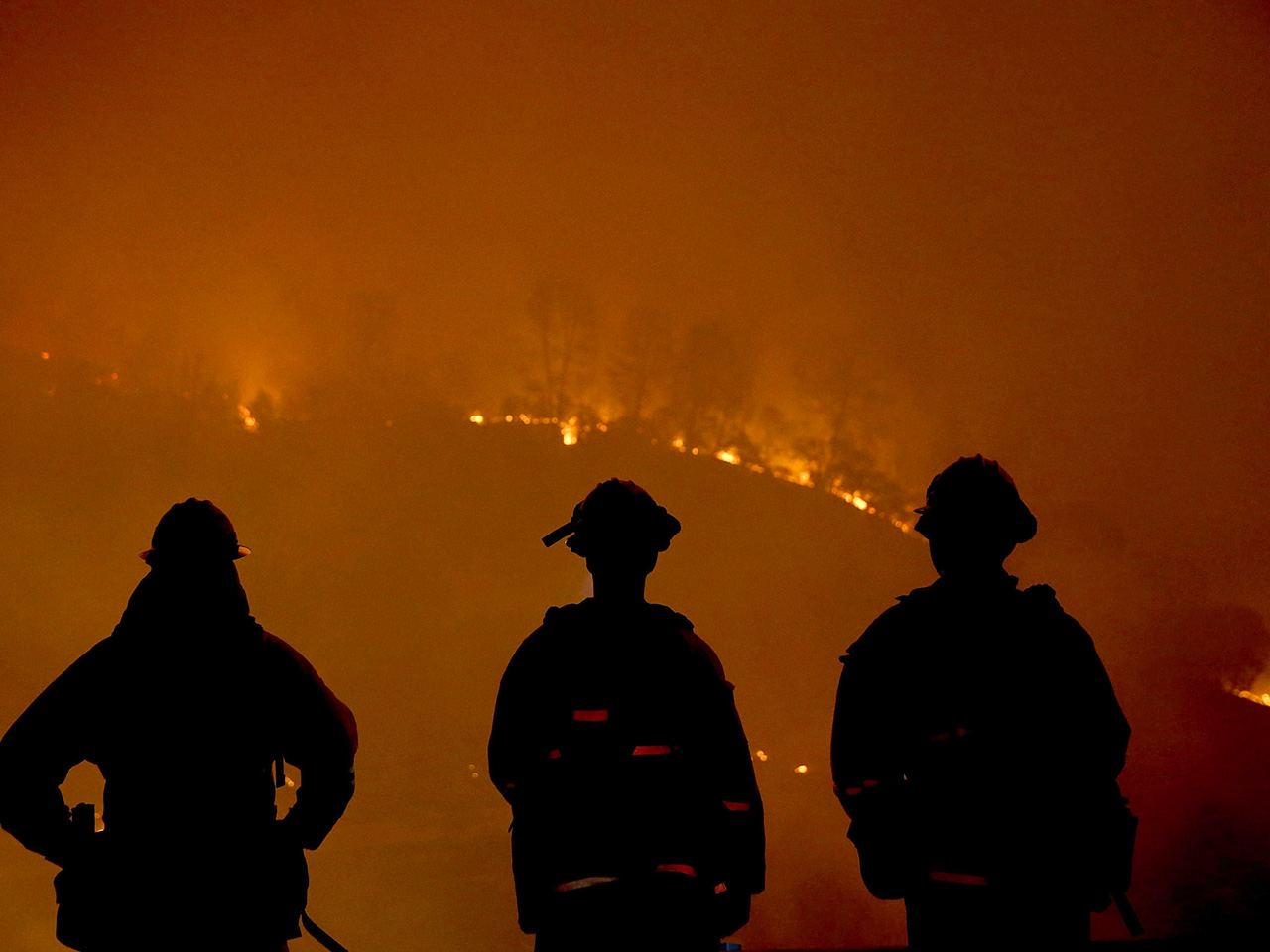 Cal Fire says the fast-moving blaze has charred 71 square miles by Sunday morning and is threatening 5,000 homes. It is only 5 percent contained, reports CBS San Francisco.

The fire has destroyed 24 homes and 26 outbuildings.

The wildfire has been raging in an area of hills covered in dense brush and oak trees since Wednesday.

Cal Fire says an evacuation advisory has been issued affecting 12,000 people and several roads have been closed.

The blaze is the biggest of several burning in Northern California.

One firefighter, David Ruhl, was killed earlier in the weekend when rapidly shifting strong winds, which have plagued emergency workers throughout the state, blew a blaze onto his position.

There are now 9,000 firefighters from across the country helping California battle its many conflagrations.

Forecasters have given firefighters some hope: there are thunderstorms expected to roll through the state before long.

Twenty-three large fires, many sparked by lightning strikes, were burning across Northern California on Saturday, said state Department of Forestry and Fire Protection spokesman Daniel Berlant. Four years of drought have made a hard task that much harder.

"The conditions and fire behavior we're seeing at 10 in the morning is typically what we'd see in late afternoon in late August and September," said Nick Schuler, a division chief with the state Department of Forestry and Fire Protection. "But because of the dry conditions, because of the drought-stricken vegetation accompanied by the steep terrain and winds, we're seeing fire activity that's abnormal for this time of year."