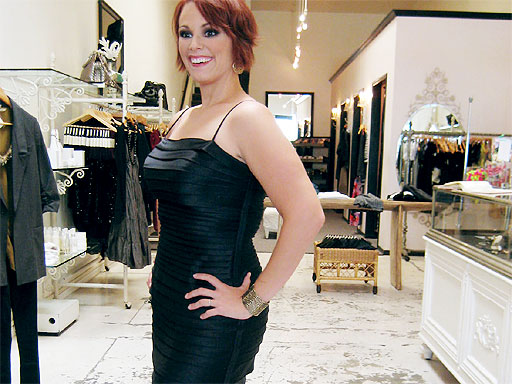 NEW YORK (CBS) "Biggest Loser" constant Kai Hibbard says the hugely popular reality show is not only untruthful, but harmful to the health of some of the contestants.

In a shocking CBS "Early Show" interview, the military wife who appeared to drop 118 pounds in just 12 weeks said it didn't happen that way.

"I have people that come up to me and talk to me and ask me why they can't lose 12 pound in a week when I did. When I didn't. It didn't happen. It's TV," she said. "I helped perpetuate a myth that's dangerous."

Hibbard said producers often gave contestants more than a week, and, on at least one occasion, less than a week, to lose the weight. She didn't give specifics.

Molly Carmel, director of Greenlight at Wilkins Center in Greenwich, Conn., said, "It's in no way normal to lose 118 pounds in a 12 week amount of time. Even with surgery, that would be a lot of weight to lose."

Hibbard says she has already gained 70 pounds back and now worries about her body image.

"I left with a very poor mental body image," she told "Early Show" co-anchor Erica Hill. "I found myself loathing what I looked like the more weight I dropped because of the pressure on me. And I found myself doing things like considering coffee a meal. And because of the mentality that I was surrounded with, and the pressure that was given at that show, it was considered acceptable to behave that way."

Hibbard claims that contestants on the show were pressured to exercise even when severely injured, and to diet by dehydration. She says they were also told to ignore the advice of nutritionists and listen to the show's trainers.

Still, Hibbard says she is proud she was able to inspire people to lose weight, but feels compelled to tell her story now and reclaim the truth.

"I participated in something that I feel is harmful to so many people, so I own responsibility to make it better. I'm not making any money off this. I am not getting anything out of it except for the fact that maybe I'm redeeming myself a little bit for being too much of a coward at that finale."

"The Biggest" Loser brought in an estimated $100 million in revenue last year.

More at The Early Show