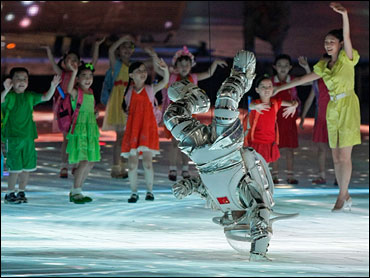 
Did you see the opening ceremony of the summer Olympics Friday night? China put on an amazing display of art, technology and organization. Breathtaking, innovative, dazzling. We could go on and on.

It was a show designed to impress the world. But, it was also designed to affirm in the minds of more than a billion Chinese that their country belongs at the top of the global food chain.

In the last decade or so, prosperity in China has spread. The standard of living has increased dramatically. In a recent Pew survey, the vast majority of Chinese -- over 80 percent -- said they believed their country was heading in the right direction. That number is in the low twenties in the United States.

The big show helped cement the nationalism that is so critical to the continued success of the Beijing regime. The Chinese were long dominant players on the world stage. The Olympics serve to show that their recent absence was merely an aberration.