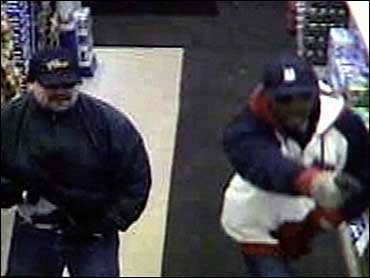 Even the great Nolan Ryan had to see Randy Johnson pitch in person.

Johnson (3-0) also got his first major-league RBI in leading the Astros to their sixth straight win.

"I felt I didn't have a whole lot coming out of the bullpen," Johnson said. "I am a power pitcher, so I stayed with my fastball but I didn't feel it was really there from the start."

Making his third start since Houston got him in a trade with Seattle, Johnson gave up five hits, walked two and lowered his ERA to 0.72 for the Astros.

Johnson's 13 strikeouts were the most by a Houston pitcher this season. He also tied Sandy Koufax for second place on the career list for 10-plus strikeout games with 97 -- Ryan leads with 215, and he joined in a standing ovation for Johnson at the final out.

"I saw (Ryan) on the big screen and his wife, Ruth. It was a pleasant surprise," Johnson said. "He means a great deal to my success."

"He helped me when he was with the Texas Rangers," he said. "Nolan Ryan didn't have to take time to help me, but he did. In 1993, I worked on my mechanics with him and (Texas pitching coach) Tom House. It was very influential in working the problems I had with the everyday grind."

Johnson struck out the side twice in the game, and fanned Jeff Cirillo for his 13th strikeout to start the ninth. Cirillo was ejected for rguing, and Brewers manager Phil Garner was ejected for the second straight day when he joined the dispute.

"He was throwing strikes and that's half the battle," Cirillo said. "He moved the ball around and mixed his pitches. He didn't show any kind of pattern, he pitched me different than in the past. If he keeps pitching like that he is going to like the NL."

Johnson had a 9-10 record and 4.33 ERA with the Seattle Mariners before he was traded to the Astros on July 31. He picked up a 6-2 victory over Pittsburgh in his first start and blanked Philadelphia 9-0 in his first Astrodome start on Friday.

In the sixth, the Big Unit earned a standing ovation when he hit a full-count pitch from reliever Eric Plunk into right-center field for a single that scored Richard Hidalgo from third base. It was Johnson's third major-league hit.

"I want to win badly," Johnson said. "I want to do things right to help the team win, but I know they are walking guys to get to me because they say I can't hit. I know I have to learn to do these things to help the team."

Prior to Johnson's hitting feat, Craig Biggio gave the Astros a 2-0 lead. He hit a solo homer in the third, his 13th, over the left-field fence and added an RBI single in the fourth inning.

The Astros pulled off an unusual double play in the fourth inning when Darrin Jackson flied out to right fielder Derek Bell. Cirillo overran second base on the play and failed to touch second on his way back to first and was called out on appeal.