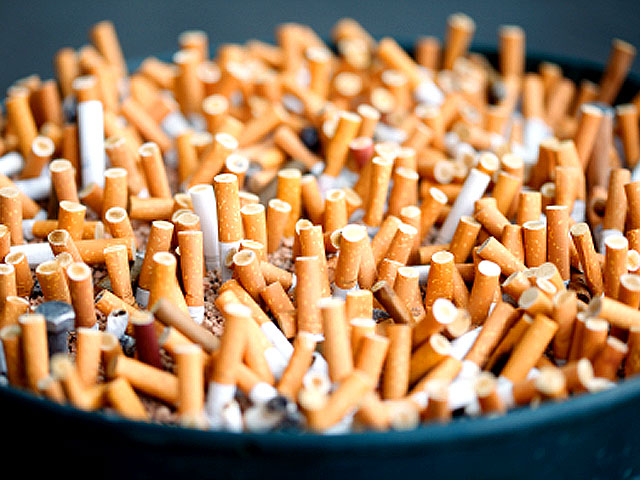 (CBS) Has big tobacco been holding out on its customers? New research suggests that tobacco companies have known for 40 years that cigarette smoke contains cancer-causing particles, but deliberately hid the information from the public.

For the study - published in the September 27 issue of Nicotine & Tobacco Research - UCLA researchers examined dozens of internal tobacco industry documents made public after a 1998 court case, and found tobacco companies had known cigarette smoke contained potentially dangerous radioactive particles as early as 1959.

"They knew that the cigarette smoke was radioactive way back then and that it could potentially result in cancer, and they deliberately kept that information under wraps," study author Dr. Hrayr S. Karagueuzian, professor of cardiology at UCLA's cardiovascular research laboratory, said in a written statement. "We show here that the industry used misleading statements to obfuscate the hazard of ionizing alpha particles to the lungs of smokers and, more importantly, banned any and all publication on tobacco smoke radioactivity."

The radioactive particle in question - polonium-210 - is found in all commercially available cigarettes and inhaled directly into a smoker's lungs, the researchers said. Their study outlines how the tobacco industry was also concerned by the particle, and even studied the potential lung damage from radiation exposure.

The UCLA researchers examined this potential risk on their own, and found the radioactive particles could cause between 120 and 140 deaths for every 1,000 smokers over a 25-year period.

"We used to think that only the chemicals in the cigarettes were causing lung cancer," Karagueuzian said. But the new research suggests these radioactive particles are targeting "hot spots" in the lungs to cause cancer.

The researchers said that tobacco companies could have removed this radiation through techniques discovered decades ago, but chose not to.

The industry had previously said that these techniques might be costly and dangerous for the environment, according to Karagueuzian, but he found a different reason during his research. He said the tobacco industry was concerned the techniques would make nicotine more difficult to be absorbed by smokers' brains, depriving them of the addictive nicotine rush.

What does big tobacco have to say? David Sutton, a spokesperson for Philip Morris USA told ABC News that the public health community has known about this particle for some time.

"Polonium 210 is a naturally occurring element found in the air, soil, and water and therefore can be found in plants, including tobacco," he said.

The  researchers are calling on the FDA to step in. In 2009, the Family Smoking Prevention and Tobacco Control Act was passed that gives the agency powers to remove harmful substances - with the exception of nicotine - from tobacco. Karagueuzian said in a statement that these particles fit the bill.

Said Karagueuzian, "Such a move could have a considerable public health impact, due to the public's graphic perception of radiation hazards."