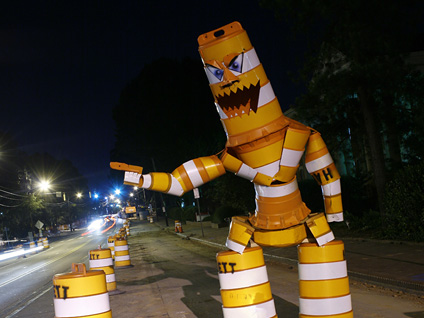 As Congress mulls over a bailout for U.S. automakers, some may be thinking about more than jobs and the economy.

The auto industry spent nearly $50 million lobbying Congress in the first nine months of this year.

It's not surprising that a lot of that money went to members of Congress from Michigan, where the auto industry is the biggest employer and politicians are passionate advocates for their constituents.

Take Sen. Carl Levin, who received $438,304 from the automotive industry. And in the House, Rep. Joe Knollenberg received $879,327. Rep. John Dingell got nearly a million from the industry. All have enjoyed generous support from the auto industry over their careers, with GM and Ford as their two top contributors. All support a bailout.

But nobody's been a bigger advocate for Motor City interests than Dingell. And for him, the stakes aren't just political, they're personal.

"There's an actual conflict," said Ryan Alexander of the nonprofit group Taxpayers for Common Sense. "His personal financial health, you know, the wealth of his family is tied up in the car industry."

Dingell's wife Debbie once worked as a lobbyist for GM.

When she married the congressman, she became a senior GM executive at an undisclosed salary. And we found the couple has extensive GM assets.

And in 1998, the congressman reported selling GM stock options worth up to $1 million dollars.

Dingell wouldn't agree to an interview.

Taxpayer watchdog Alexander says the Dingell's personal ties to GM are something the public should know about when the congressman casts his votes.

Nobody is placing bets on whether Congress will end up giving the car companies a bailout. But if investments in Washington politicians count as leverage, then the auto industry has plenty of clout.