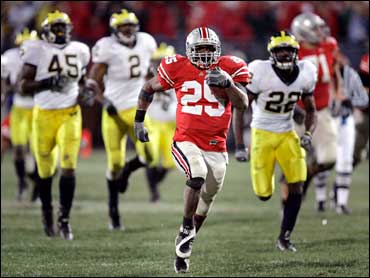 The Big Ten's athletic directors got together on what was truly a conference call on Wednesday. The first thing Ohio State's Gene Smith did was open some accompanying e-mails that listed proposed Buckeyes football schedules for 2011 and 2012.

"I went straight to the end," Smith said, "and I was jacked."

There, in its customary spot at the very bottom of Ohio State's regular-season schedule, was archrival Michigan.

After weeks of speculation and debate, the Big Ten announced on Wednesday night the new divisions that take effect when Nebraska joins the party in the new 12-team conference in 2011.

Fans had been up in arms about the possibility that one of sports' biggest rivalries - Michigan vs. Ohio State, blue vs. scarlet, Bo vs. Woody - might somehow lose out to competitive balance in the conference's new divisional setup. But what is called "The Game" in the two states was among several red-letter games that were preserved.

The divisions don't have names yet - a design and marketing firm is working on mock-ups (Black and Blue, anybody?). But most schools were able to preserve the game with their chief adversary while also adding some new texture to the new-look conference race. So there was a sigh of relief in several Big Ten outposts.

There was innovation and yet permanence about the new setup, which pertains only to football and no other sport.

"We want to see how it goes. We really want to see how the fans respond," commissioner Jim Delany said during the 90-minute show on the Big Ten Network revealing the divisions and schedules. "We're excited about it and we think it does a pretty good job not only maintaining great old matchups, but also creating some great new matchups."

The Big Ten has long prided itself on its marquee matchups, none more cherished that the annual neighboring-state brawl between Michigan and Ohio State. While the ADs looked at divisional models and dithered over what rivalries to keep and which ones to allow to fade into the background, there was a groundswell of opinion from fans who did not want the annual final-game showdown eliminated or even moved around on the schedule. The rivals have met in the last game on the schedule every year since 1943, frequently with a Big Ten title hanging in the balance.

Since they're in opposite divisions, they'll continue to play each other but might just get to do it twice - the latter in the new Big Ten championship game matching divisional winners a week after their schedule date.

"It provides us the opportunity to have that great cross rivalry we want to have," Michigan AD David Brandon said. "But it also gives us the opportunity, when we both deserve it, to play for that chance to play in the Rose Bowl and for the national title."

"The Game" has decided the Big Ten champion 22 times.

Smith said the uproar provided by worried fans had an effect.

Perhaps the only downside to the new divisional play is that a couple of traditional rivalries - Iowa vs. Wisconsin for the Heartland Trophy, and Penn State vs. Michigan State for the Land Grant Trophy - didn't make the cut.

Also, perhaps because everyone was clamoring to have the newcomers on their schedule, Nebraska's Cornhuskers face a daunting start. They open Big Ten play at Wisconsin and at home against Ohio State in early October 2011. Every bully on the block plays the Cornhuskers - Iowa, Michigan, Michigan State, Penn State - right off the bat.

"I thought, 'Whoa, what are we doing here?"' former Nebraska coach and AD Tom Osborne said when he saw the first two schedules.

Even Osborne heard the pleas of desperate Ohio State and Michigan fans.

"I got an awful lot of mail here in Lincoln, Nebraska, about fans making sure Michigan and Ohio State played at the end of the season, and some of them were mad at me for (putting that in jeopardy)," Osborne said. "So I'm glad they got that worked out."

Delany believes the Big Ten got it right.

That all sounds permanent. But the Big Ten may not be done adding new members.

"Some other conference could do something in the east and the next thing you know, we've got to respond," Smith said. 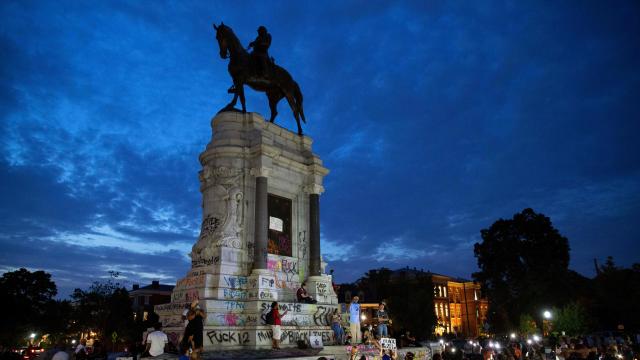 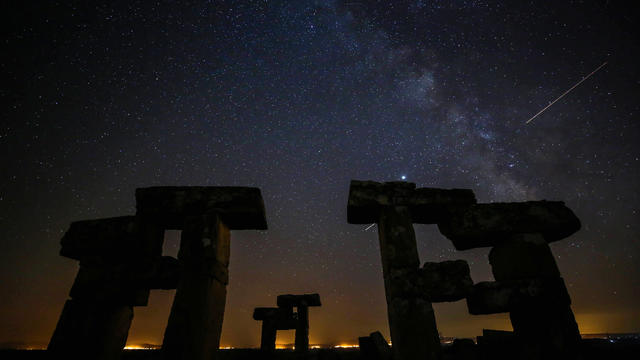