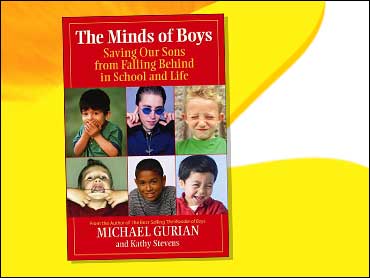 The Big Ten, which has long coveted Notre Dame as a member, may be making another bid to bring the Irish into the fold.

The Ann Arbor (Mich.) News reported Wednesday that commissioner Jim Delany and several Big Ten presidents have talked about making Notre Dame the 12th member of the conference. The Irish turned down an invitation to join the conference in 1993 and instead joined the Big East, except in football, where it remains an independent, and hockey.

Notre Dame officials could not be reached for comment Wednesday, although the Rev. E. William Beauchamp, Notre Dame's executive vice president, released a statement saying the university is "very pleased with our athletic positioning, both as an independent in football and as a member of the Big East Conference in most other sports."

Delany told The Associated Press on Wednesday,"Our presidents approved a strategic plan last summer. This is sort of the second time in the '90s they asked us to look at expansion."

But, he added,"We are not in expansion discussions with any institutions. We have had some preliminary exchange of information with a number of schools, and I'm not going to say who they are, where they are, but we have an awful lot of respect for Notre Dame."

The newspaper, however, reported that a source close to the discussions said the talks are"more than just preliminary."

The source, who asked not to be identified, told the newspaper that Notre Dame sees"tremendous advantages to being in the Big Ten. And they are the one school the conference has always wanted."

The Big Ten has acknowledged it is looking into possible expansion to 12 schools, which would allow it to create two six-team divisions and a lucrative conference championship football game.

NBC paid Notre Dame $35 million for its first five-year television deal, which expired in 1995. The network is in the third year of a five-year extension, worth about $40 million, and last year agreed to another extension through 2005 estimated to be worth as much as $45 million.

John Heisler, Notre Dame sports information director and assistant athletic director, told the newspaper on Tuesday,"We never said that we wouldn't listen to any (overtures) any differently than when we explored things with basketball (in the Big East)."

"But football is a different animal," he said."Our football program is still in a position where we feel like there are some solid things about it. I know that we're a lone ranger here, but we've been a major proponent of staying independent. A lot of things would have to go south for us, and there would have to be some real compelling reasons to get into a situation in a league involving football."

The Big Ten has always insisted that football be a part of the mix. However, Delany told the Ann Arbor paper the conference might be willing to admit Notre Dame in all sports except football and then dd football in later years.

"I've always been impressed with Notre Dame as an institution, the way they do business, the integrity of the program, the regard for the student-athlete, and their competitive success," Delany said."They have a great program, and people in the Big Ten have great respect for Notre Dame. But they also have a great tradition for independence, and that has to be respected as well."