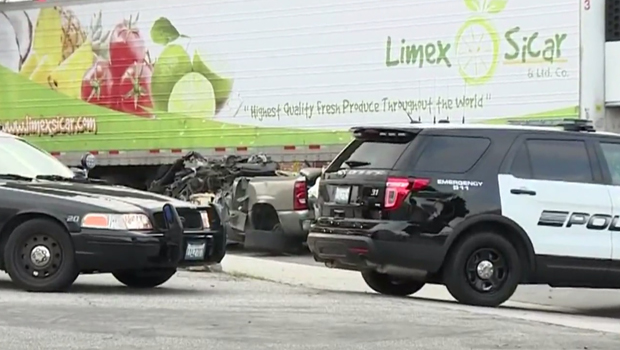 VERNON, Calif. -- Authorities said the driver of a big-rig that crushed a pickup truck in a Los Angeles suburb unhitched the trailer and fled the scene after the fatal crash, CBS Los Angeles station KCBS reported.

Police were looking for that trucker. The suspect was not identified.

The 18-wheeled rig was involved in a minor crash about a block away before it ran a red light and hit the pickup shortly after 3 a.m. Saturday in Vernon, police said.

Video from the scene showed the big-rig's trailer lying on top of the mangled truck.

A man in the pickup truck died at the scene. The driver was freed from the wreckage and taken to a hospital. There was no word on the driver's condition.