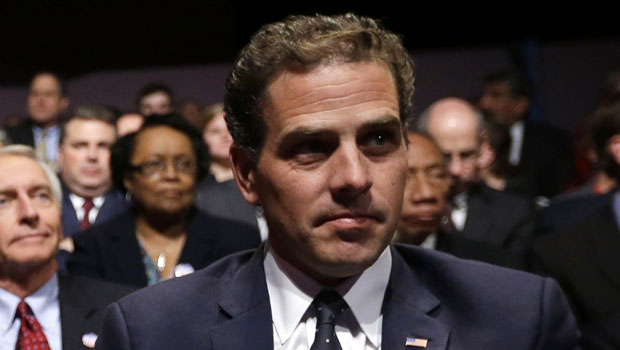 WASHINGTON - Hunter Biden, the youngest son of Vice President Joe Biden, has been kicked out of the military after testing positive for cocaine, two people familiar with the matter said Thursday.

Biden, a former lobbyist who works at an investment firm, was discharged from the Navy Reserve in February, the Navy said in a statement. The service did not give a reason for Biden's discharge barely a year after he was selected for the part-time position as a public affairs officer in the Navy Reserve.

In a statement released by his attorney, Biden did not give a reason for his discharge. He said he respected the Navy's decision and was moving forward with his family's support.

"It was the honor of my life to serve in the U.S. Navy, and I deeply regret and am embarrassed that my actions led to my administrative discharge," he said.

Biden's attorney didn't respond to inquiries about whether Biden had used cocaine. But two people familiar with the matter said Biden was discharged after he failed a drug test last year. They weren't authorized to discuss the incident and requested anonymity.