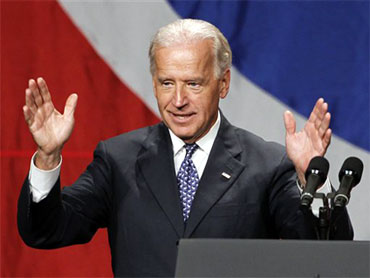 The tea party is not a racist group, says Vice President Joe Biden, though he believes that some of those involved in the movement have expressed racist views.

"Very conservative, very different views on government and a whole lot of things," Biden said during an interview broadcast Sunday on ABC's "This Week." "But it is not a racist organization."

The National Association for the Advancement of Colored People approved a resolution last week calling on tea party activists and others to "repudiate the racist element and activities" within the political movement.

Tea party organizers say racism does not have any place in their activities. Critics have pointed to signs and other actions at tea party gatherings as evidence of racist elements.

In defending the National Tea Party Federation, spokesman David Webb said Sunday the coalition of local and regional tea party groups has expelled the Tea Party Express from its ranks for refusing to remove its spokesman, conservative talk radio host Mark Williams, after he posted a blog that satirized the NAACP and referred to its president, Benjamin Jealous, as "Tom's nephew and NAACP head colored person."

"Self-policing is the right and the responsibility of any movement or organization," Webb said on "Face the Nation" on CBS. "I denounce any acts that I see many leaders do."