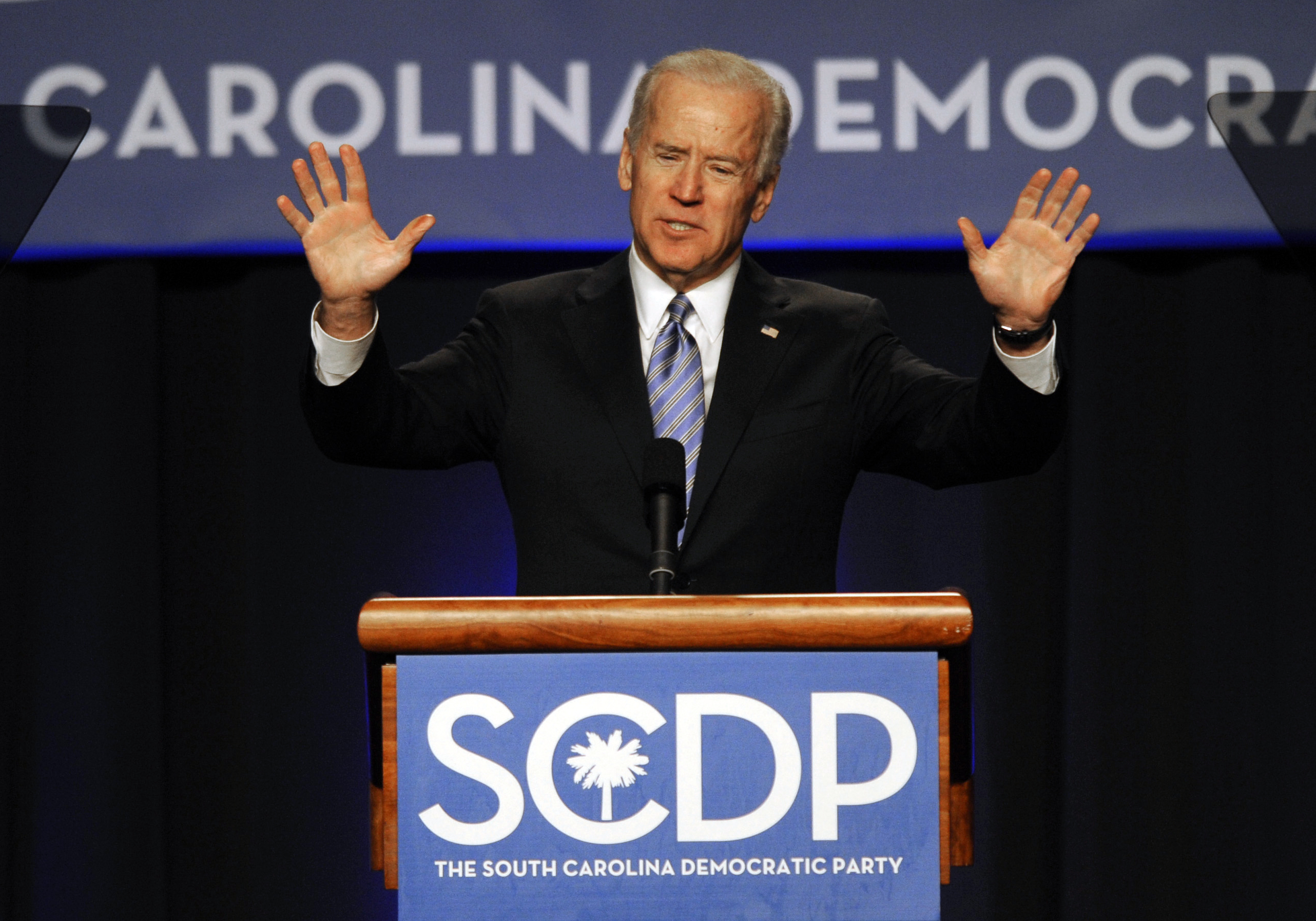 Vice President Joe Biden was preaching to the choir on Friday night in Columbia, S.C., telling an enthusiastic crowd of Palmetto State Democrats that Republicans are "down on America" and reminding the pessimists in the GOP that it's never "been a good bet to bet against the American people."

"One of the things that bothers me most about the new Republican Party is how down on America they are," he said in remarks that were televised by C-SPAN. "How down on our prospects they are, how they talk about how we're getting clobbered, how they talk about things that have no relationship to reality, all in the name of making sure that the very few at the top do very well."

"They're not bad guys," Biden added, bashing the GOP for an ideology that he said would aid the wealthy at the expense of the poor. "They actually believe it. They actually believe if you free up completely the top 1 percent, somehow all this will trickle down. It never has; it never will."

"My Republican colleagues who talk about us being in decline, let me remind them: It's never, ever, ever, in the history of this country, been a good bet to bet against the American people," he said.

Contrasting his predictions of American prosperity with the rise of international competitors, particularly China, Biden lauded American companies and workers as "more innovative, imaginative than any country in the world."

Biden also spoke briefly about the upcoming special congressional election between Democrat Elizabeth Colbert-Busch, a Clemson University official, and Republican Mark Sanford, a former governor of the state whose tenure was marred by an admission of an extramarital affair after he left the state and could not be contacted for several days.

Colbert-Busch and Sanford squared-off in a heated debate at the end of April, and according to The State newspaper, Biden said he was impressed with the Democrat's performance. "All you had to do was watch that debate to understand why Elizabeth is going to make such a great congresswoman," Biden said. "They ain't seen nothing yet."

Though the district in which the two candidates are competing leans heavily Republican, Sanford's history of personal problems has made for a competitive race. The general election will be held Tuesday.