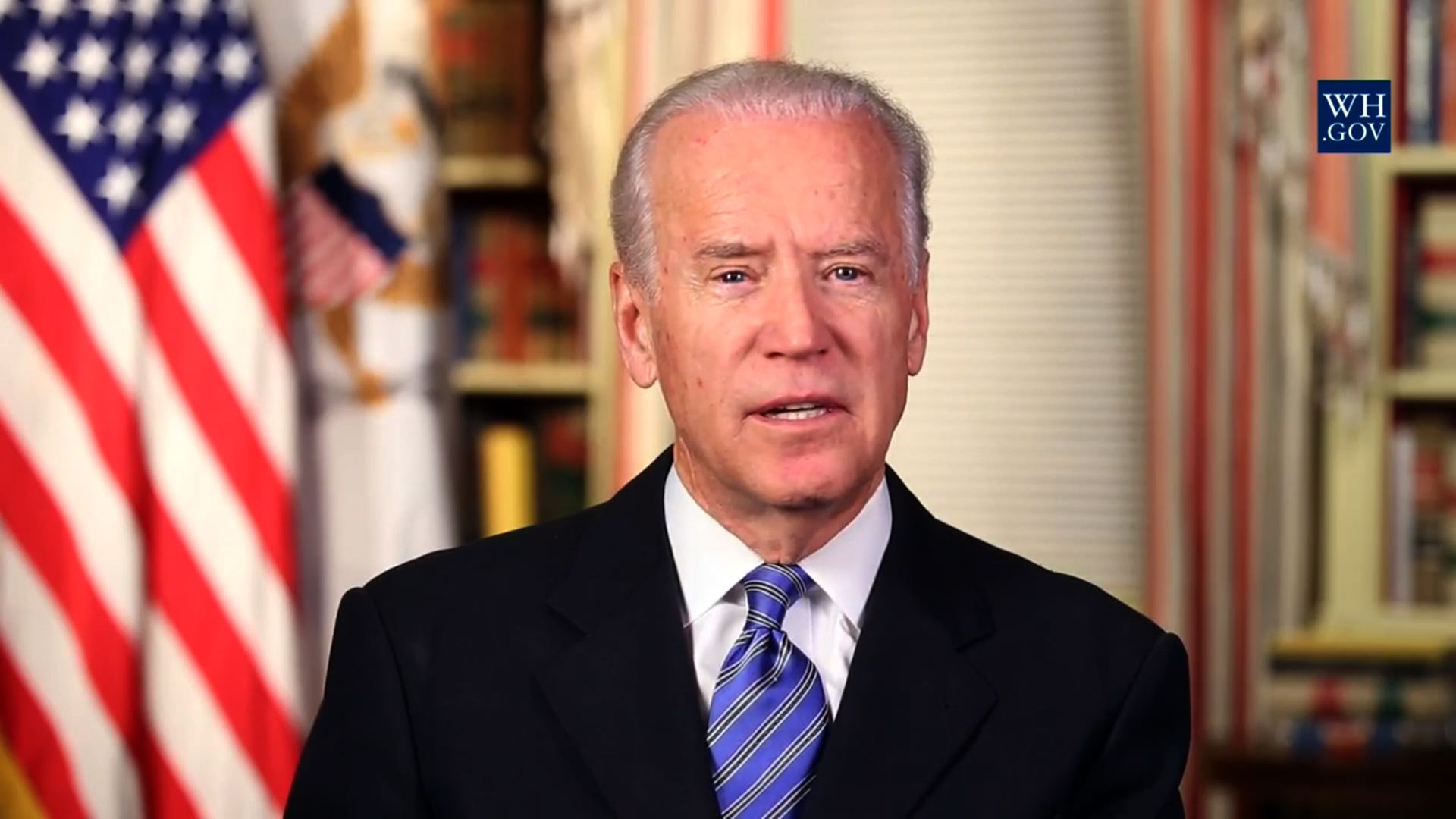 After over 30 U.S. governors pledged this week to reject any Syrian refugees from taking refuge in their states, Vice President Joe Biden is pleading with Americans to not give in to the terror threats posed by the Islamic State of Iraq and Syria (ISIS).

"It's clear what ISIL wants. They want to manufacture a clash between civilizations. They want frightened people to think in terms of 'us versus them,'" Biden said in a video Saturday, where he took the president's place in his weekly address. "They want us to turn our backs on Muslims victimized by terrorism."

Of Syrian refugees, he said, "to turn them away and say there is no way you can ever get here would play right into the terrorists' hands."

As proof, Biden cited the words of ISIS leader Abu Bakr al-Baghdadi, who said early this year: "Compel the crusaders to actively destroy the gray zone themselves. Muslims in the West will quickly find themselves between one and two choices. Either apostatize or emigrate to the Islamic State and thereby escape persecution."

Still, Republicans, including several 2016 presidential candidates, have charged that the country would be imperiled if refugees were to step foot on U.S. soil, especially if the administration is unable to vet them to a satisfactory degree.

GOP front-runner Donald Trump has warned about the possibility of a terrorist "Trojan horse" embedded with the refugees. Retired neurosurgeon Ben Carson earlier this week called for increased scrutiny of Syrian migrants so the U.S. can keep away the dangerous "rabid dogs" among them.

The House also passed a bill Thursday aimed at slowing down the White House plan for taking in these migrants -- legislation that would require the homeland security secretary, FBI director and director of national intelligence to personally sign off on refugees from Iraq and Syria.

But the vice president fought back against the concern, saying that Syrian refugees must already go through "the most rigorous screening of anyone" entering the United States.

"There is no possibility of being overwhelmed by a flood of refugees landing on our doorstep tomorrow," Biden said.

He pointed to the arduous U.S. screening process involving several federal agencies to conduct background checks and interviews overseas, including the Department of Homeland Security, the FBI, the National Counterterrorism Center, the Defense Department and the State Department. The vetting typically takes 18 to 24 months to complete. Specifically for those migrants fleeing the violence in Syria, Biden promised that the administration has "instituted another layer of checks" just for them.

Biden issued the reminder of just who "the vast majority of these refugees are: women, children, orphans, survivors of torture, people desperately in need medical help."

After Paris, Republicans hit back on the threat of ISIS with their own video released Saturday.

"While we mourn this tragedy, let us be reminded those attacks could have happened here," Rep. Martha McSally, R-Arizona, said. "This is not to instill fear but to remind us to be vigilant. That's why we're calling on the administration to step up, provide global leadership and put together a coherent and aggressive strategy to defeat ISIS."

McSally, who served 26 years in the U.S. Air Force, criticized the White House for "leading from behind" in the war against terror.

"The most glaring weakness of all is that this administration does not have a strategy to combat this dangerous threat," she said. "Their reluctant approach is only emboldening ISIS to recruit more fighters."

To address the threat, the Arizona Republican implored President Obama to sign a new national defense bill that includes provisions to fight against the extremist terror group.

"This week, we sent the president's desk a national defense bill for the second time," she said. "It requires the president to put together a real strategy to defeat ISIS. We also give him all the tools he will need to execute that strategy."

"Our strategy must include utilizing all elements of national power. We must unleash American air power to destroy their leadership, command and control, logistics and their means of financing their terror," McSally added.