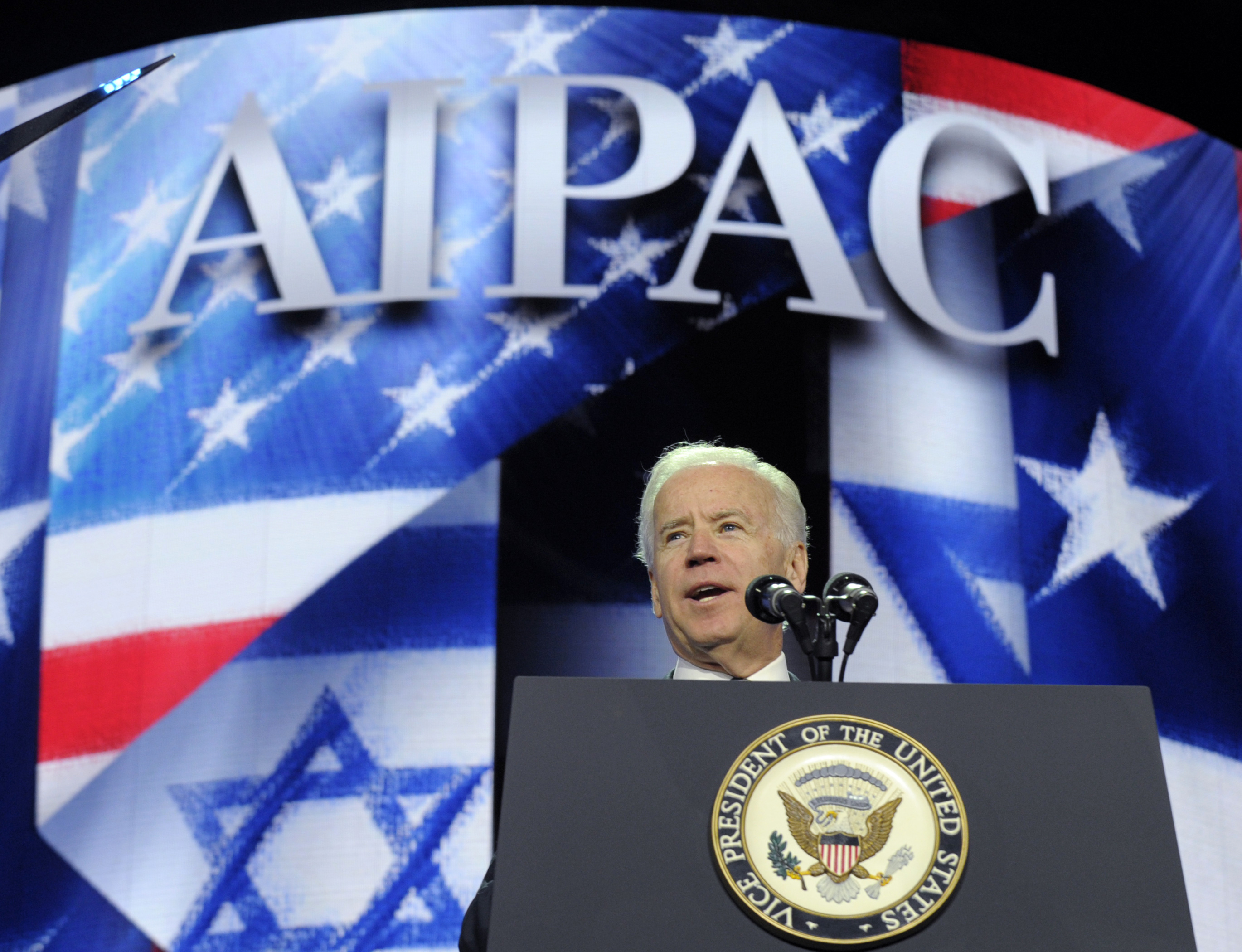 Vice President Joe Biden today doubled down on the administration's threat to use military force on Iran if necessary to prevent the country from developing a nuclear weapon, arguing that while President Obama would prefer "a diplomatic solution," that "window is closing" - and that Mr. Obama is "not bluffing" about the alternative.

"We are not looking for war," the vice president said. Biden said that the administration is ready and willing "to negotiate peacefully, but all options -- including military force -- are on the table."

The vice president, speaking at a conference for the pro-Israel American Israel Public Affairs Committee (AIPAC), argued that it's in the global interest to prevent Iran from acquiring a nuclear weapon, which he said would "trigger an arms race" in the region.

"We have a shared strategic commitment. Let me make clear what that commitment is," he said. "Prevent. Not contain. Prevent."

Biden also reiterated the administration's strong support for a Jewish state of Israel, providing affirmation on the subject in the aftermath of some recent controversy: Newly-minted Defense Secretary Chuck Hagel, a former Republican senator from Nebraska, had come under fire for his past opposition of some sanctions for Iran; for his having taken stances on Hezbollah and Hamas that critics have decried as overly lenient; and for having criticized what he referred to as "the Jewish lobby."

Biden today reiterated the United States' "deep commitment to the security of the state of Israel," which he said "has not changed" and "will not changed."

"It's in our naked self-interest beyond the moral imperative," Biden said.

The vice president said Mr. Obama would outline in "much greater detail" his agenda with regard to Israel when he visits the nation that month. But in a thinly veiled reference to the time he essentially forced Mr. Obama's hand on gay marriage by endorsing it before the president did, Biden said "I've learned it's never a good idea to steal the president's thunder."

In a statement following Biden's remarks, the National Jewish Democratic Council (NJDC) lauded the vice president for reminding the world that "the Obama administration has Israel's back -- a promise that has been proven time and again over the last four years," said NJDC chair Marc Stanley.

"Vice President Biden once again made it abundantly clear this morning that he and the President are firmly committed to the pro-Israel community's agenda," he said.

Speaking from Jerusalem via satellite shortly after Biden, Israeli Prime Minister Benjamin Netanyahu warned his U.S. allies that a "clear and credible military threat" is needed to thwart Iran's nuclear enrichment program "before it's too late." Words and sanctions alone, he said, "will not stop Iran."

"Diplomacy has not worked," Netanyahu said. "Iran has ignored all these offers. It's running out the clock. It has used negotiations, including the most recent ones, to buy time to press ahead with its nuclear program. So far, the sanctions have not stopped the nuclear program either."