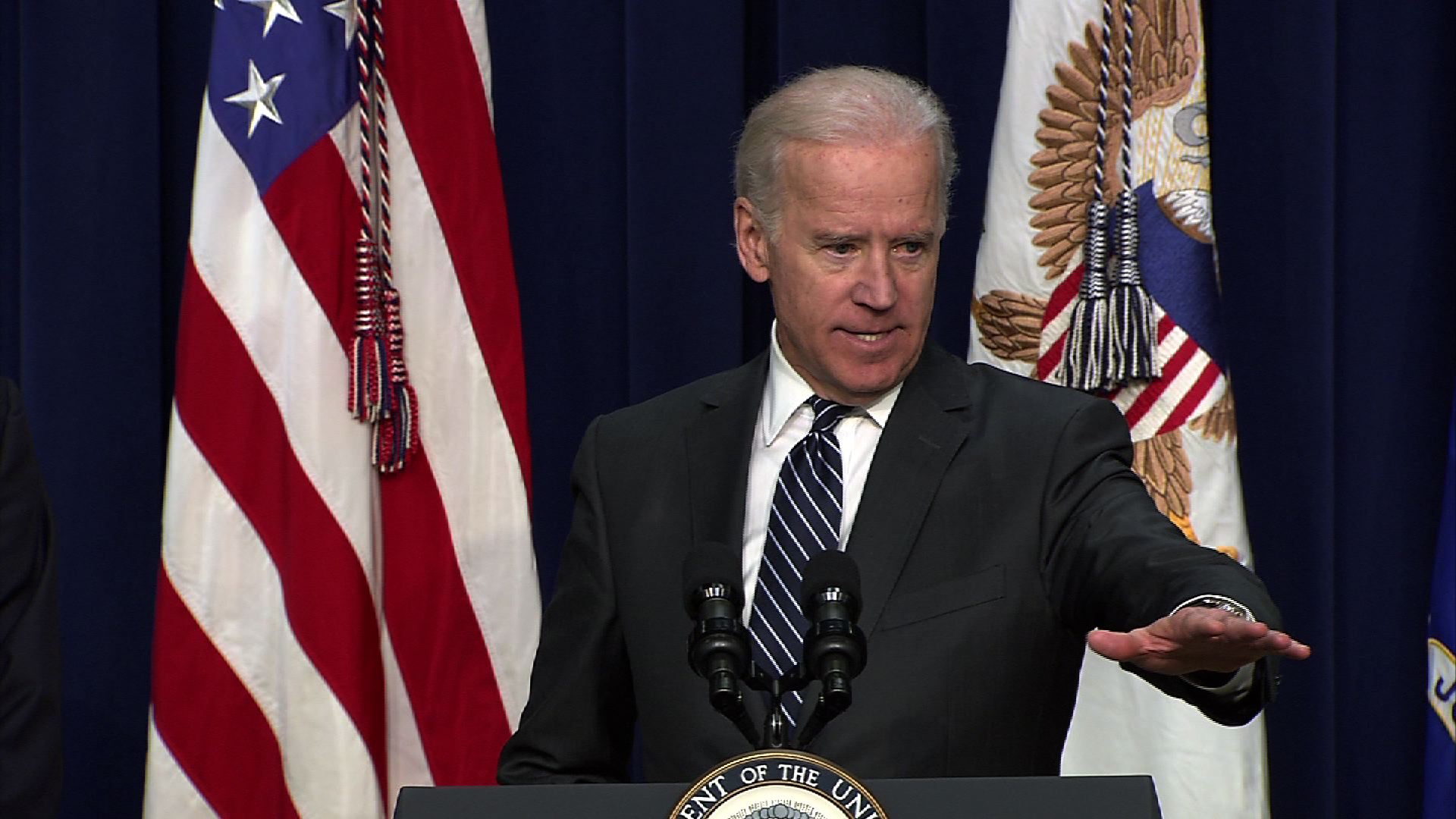 With the Senate poised to take its first vote Thursday on a bill to strengthen background checks for gun buyers, Vice President Joe Biden continued his months-long campaign to build support for the measure in a pre-taped panel on MSNBC's "Morning Joe," where he lamented Congress' hesitation to act on gun safety measures and blasted the National Rifle Association (NRA) for feeding "disinformation" he says is partly responsible for the inaction.

"The one thing the NRA has done so well lately is the disinformation," Biden said. He argued that, contrary to what many people believe, universal background checks would not lead to a national gun registration and denying certain types of bullets and guns from civilian use is not unconstitutional. "There is a paranoia out there. There's a paranoia that probably is a consequence of a whole range of things relating to federal government writ large, relating to where people are in their lives right now. I get all that. But the facts are... you're allowed to deny certain weapons. You're allowed to deny certain bullets. You're allowed to do that, that's constitutional. And we can argue whether we should but this argument that there's any constitutional violation is absolutely not there."

Biden, a longtime advocate of gun control and the author of the original assault weapons ban, has been relentlessly making the administration's case for a series of proposals it says will help curb gun violence in America - both when it comes to mass shootings and the everyday urban shootings that kill thousands of people a year.

After months of lobbying, the Senate Thursday will decide whether to proceed with a vote on a landmark measure of the administration's proposals, a measure that advocates say is a common-sense way to keep guns out of the hands of criminals and people who have been judged by the court to be a harm to themselves or others. On Wednesday, Sens. Pat Toomey, R-Pa., and Joe Manchin, D-W.Va., came out with a bipartisan measure aimed at making the background check bill more palatable Republicans, but more than a dozen Republicans have already pledged to block a vote. If their filibuster materializes, Democrats will need 60 votes to move forward, though Democrats say they're confident they'll get those 60 votes.

In the meantime, advocates point out that a majority of the American public is on board with strengthened background checks, and that voting against or blocking the bill is essentially denying the will of the people.

"This is one of the cases where the public is so far ahead of the elected officials," Biden said on "Morning Joe."