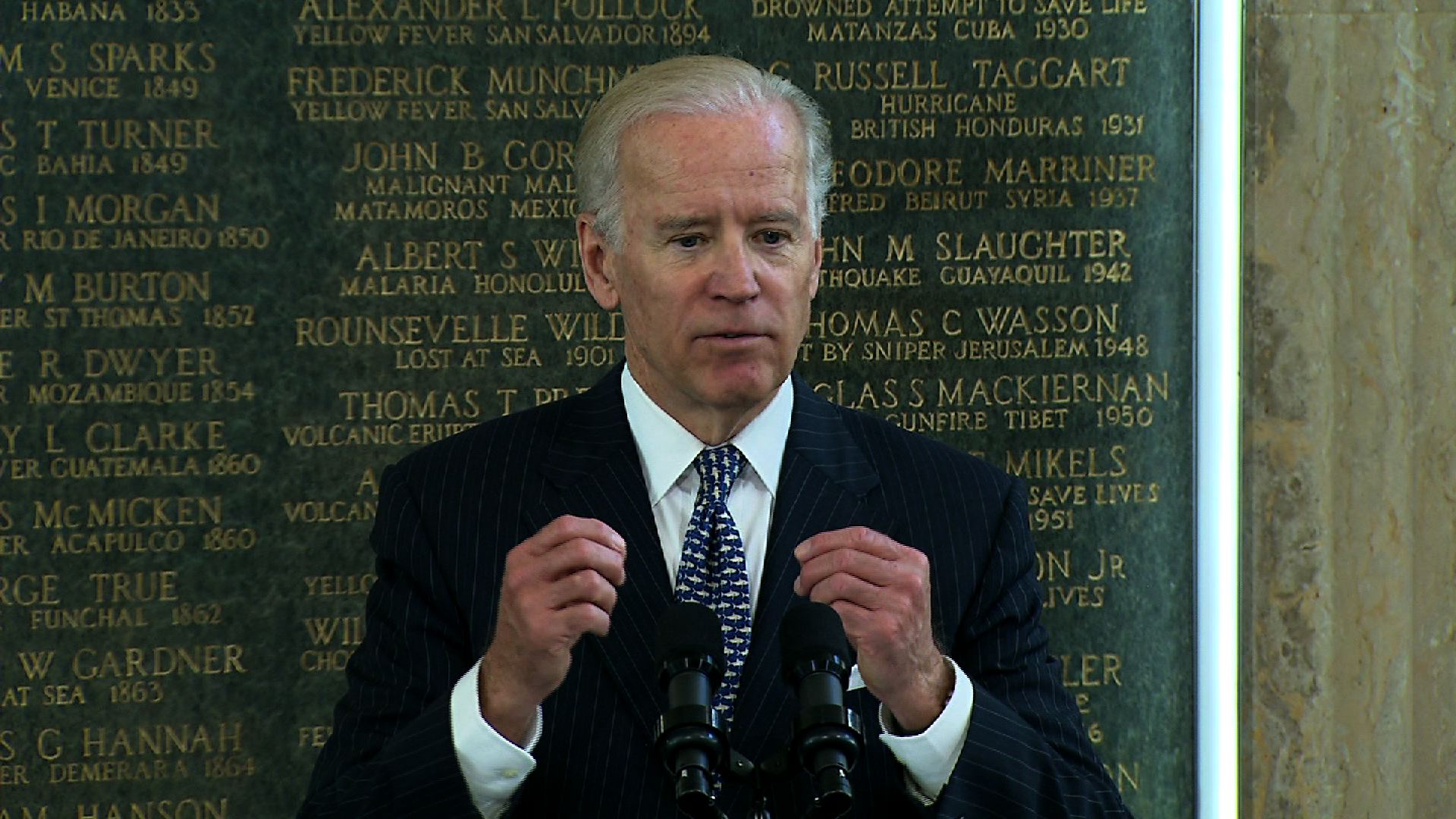 Honoring a handful of slain diplomats at a memorial service on Friday, Vice President Joe Biden and Secretary of State John Kerry praised the courage and service of eight Americans killed while serving the U.S. from posts overseas, and told their family members "we owe you" for their sacrifices.

"We owe you. We owe you more than we can repay you," Biden said, speaking at the State Department ceremony.

Being honored at the ceremony was Anne Smedinghoff, a 25-year-old foreign service member who was killed this year while serving in Afghanistan; Ambassador Christopher Stevens, Sean Patrick Smith, Ty Woods, and Glen Doherty, all of whom were killed last year in the September 11 attacks in Benghazi; Ragaei Said Abdelfattah, a USAID foreign service officer killed in Afghanistan last year; and Joseph Gregory Fandino and Francis Savage, foreign service members who were killed in Vietnam in 1972 and 1967 respectively. At the service, the State Department unveiled an engraved marble plaque honoring their memories.

"The most important thank you that we can all give, and we do, is to the family members," Kerry said. "I know this is a mixed day - it's a hard day, it's a day that brings back pain - but it's also a day, I hope, of comfort and of pride, and knowing that the contributions and memories of your loved ones are a permanent part of the State Department."

Kerry, whose father was a foreign service officer and who fought in the Vietnam War, acknowledged the risks diplomats face overseas, and lauded the victims' courage in the face of known dangers.

"They understood the risks and still they raised their hands and they said, 'send me,'" he said. He remembered returning from Vietnam and feeling grateful for the "extra days" he and other survivors were granted, and urged "those of us blessed with extra days" to honor those who had been killed serving America abroad.

Biden praised the victims' willingness "to walk into harms way knowing - fully cognizant of what you're walking into - and doing it anyway," and also acknowledged that few Americans know the true risks they face.

"They know certain pieces of it. They know that the foreign service officers are without question the best educated, the brightest, the most informed people in America," he said. "What they don't know... is that in many places in the world they're as much of a soldier as anyone in uniform."

He pledged that while "keeping America safe demands sending civilians into dangerous places," the U.S. will do "everything in our power" to keep diplomats safe.

"We know the sacrifices they made, we're formally recognizing their heroism today, and we have some small understanding of the loss you feel," he told the family members present at the ceremony. "No child should predecease their parents."