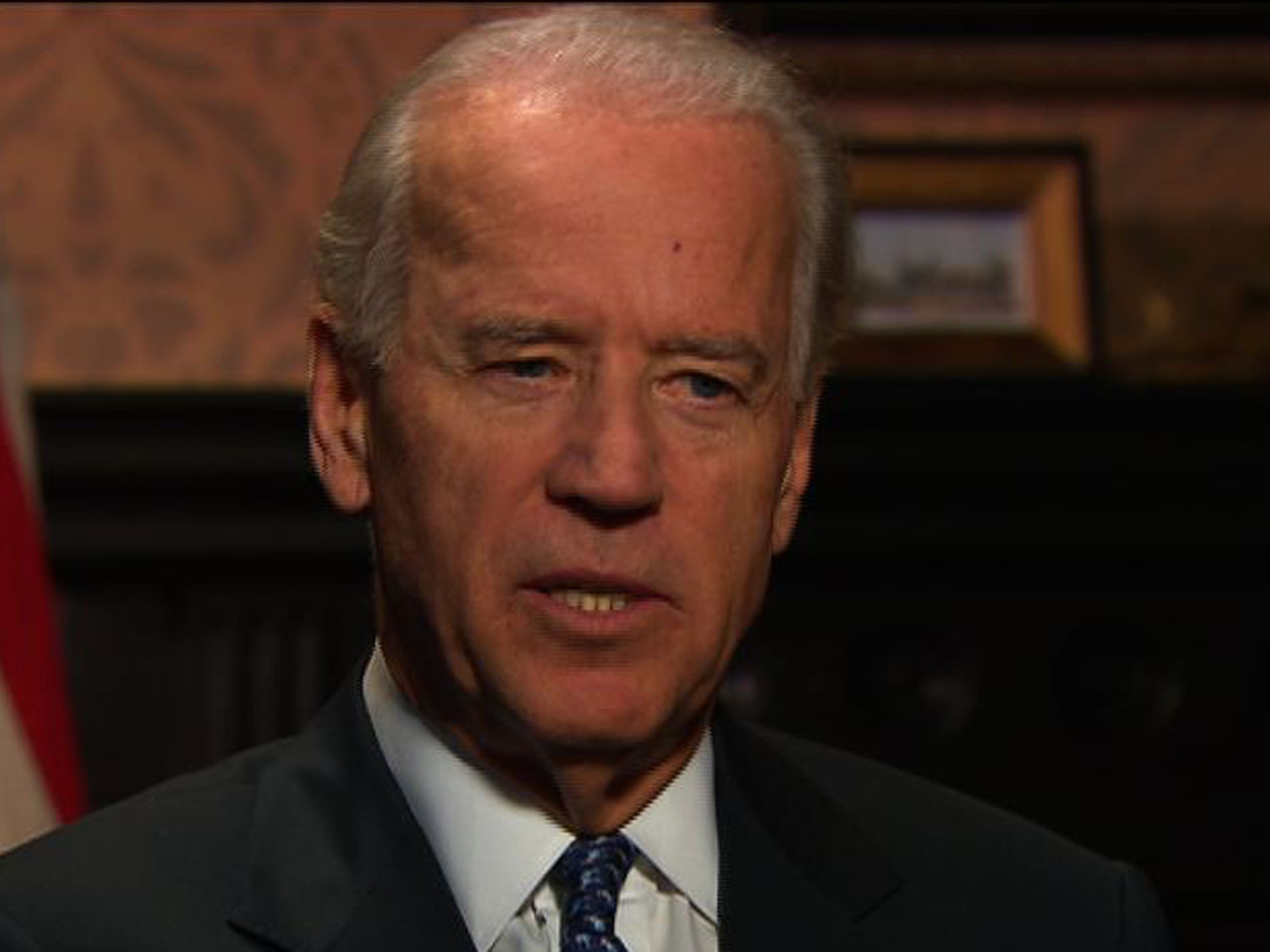 "I did not use the terrorism word," Biden told CBS Evening News anchor and managing editor Scott Pelley.

Politico, citing "several sources in the room," reported Monday afternoon that the vice president, during a closed-door meeting with House Democrats about the deal to raise the debt limit, agreed with an argument by Rep. Mike Doyle of Pennsylvania, who reportedly asserted that "[w]e have negotiated with terrorists."

The report said the vice president asserted in response, "They have acted like terrorists."

Biden told Pelley he let lawmakers "vent" about the deal, which includes spending cuts but may not include revenue increases. (Some liberal House Democrats have vowed not to back the deal.) But he says he did not assert that he agreed with the terrorism comparison.

"What happened was there were some people who said they felt like they were being held hostage by terrorists," he said. "I never said that they were terrorists or weren't terrorists, I just let them vent."

Added Biden: "I said even if that were the case, what's been happening when you now have taken and paid the debt and move that down so we can now discuss, the nuclear weapon's been taken out of anyone's hands."

Also during the interview, Pelley asked Biden: "I wonder, having watched all of this over the last few weeks, has Washington lost it's ability to make deals and talk to each other? There has been so much name calling, so much finger pointing."

The vice president responded by suggesting the situation is part of a "cycle."

"I predict to you that a lot of those new members who came here with my way or the high way, they'll either be on the high way or they'll learn that they have to have compromise," he said. "Compromise - I know its a trite phrase. Compromise is not a dirty word. In a democracy like ours, where you have such a heterogeneous group of people with different ways, that's the only way this place can work."

Biden told reporters following the meeting that he was confident that the debt deal will pass. His conversation with Pelley will air on the CBS "Evening News" Monday evening.

Biden to meet with Schumer and Manchin in Delaware
Brian Montopoli