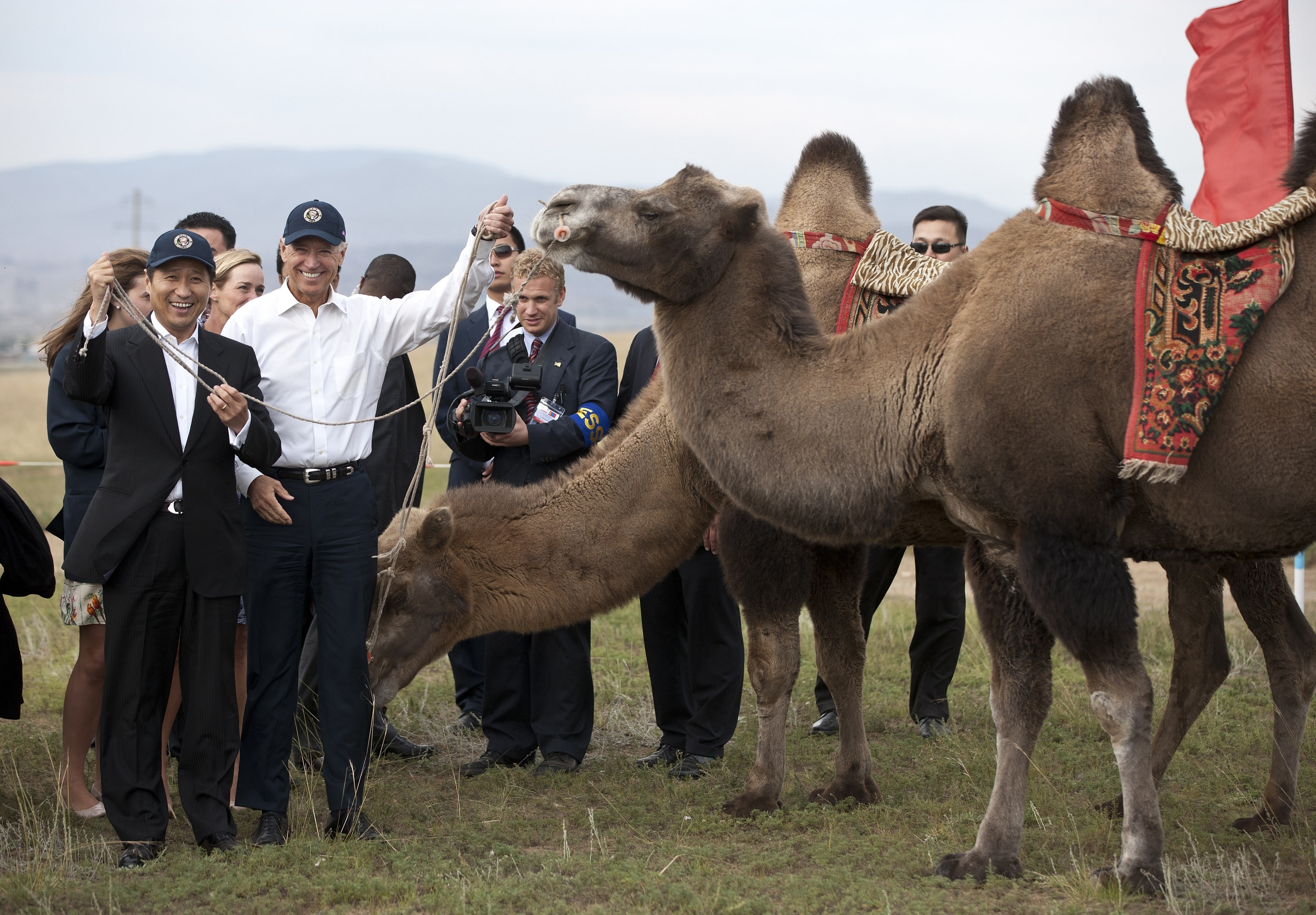 At a "mini-Naadam" festival in Mongolia Monday, Vice President Joe Biden partook in a special cultural demonstration in his honor - the activities of which included a wrestling match, a performance by a contortionist, and the gift of a horse he named "Celtic."

The special event, the name of which references Mongolia's biggest annual festival, "Naadam," took place in a field outside of Ulan Bator, the Mongolian capital. Biden, the guest of honor, was joined by Mongolian prime minister Sükhbaataryn Batbold, as well as his daughter-in-law Kathleen Biden and his granddaughter Naomi.

After applauding several traditional musical numbers, as well as a wrestling match and the performance of a female contortionist, Biden was presented a horse as a gift.

"The horse is the most important animal in Mongolia - it is the lifeblood of the country['s nomadic history], so giving a horse is one of the most meaningful gifts that can be given," an aide for Biden told reporters.

Per Mongolian custom, a U.S. ambassador placed a blue ribbon around the horse's neck, and Biden tied two knots in it.

Biden told reporters he had named the horse "Celtic" - which is reportedly the Secret Service's code name for Biden - but that the horse may not have liked "the Irish epitaph," because it "reared up" on him.

After the festival, Biden was scheduled to head to Japan via Air Force Two. Celtic, however, stayed in Mongolia.