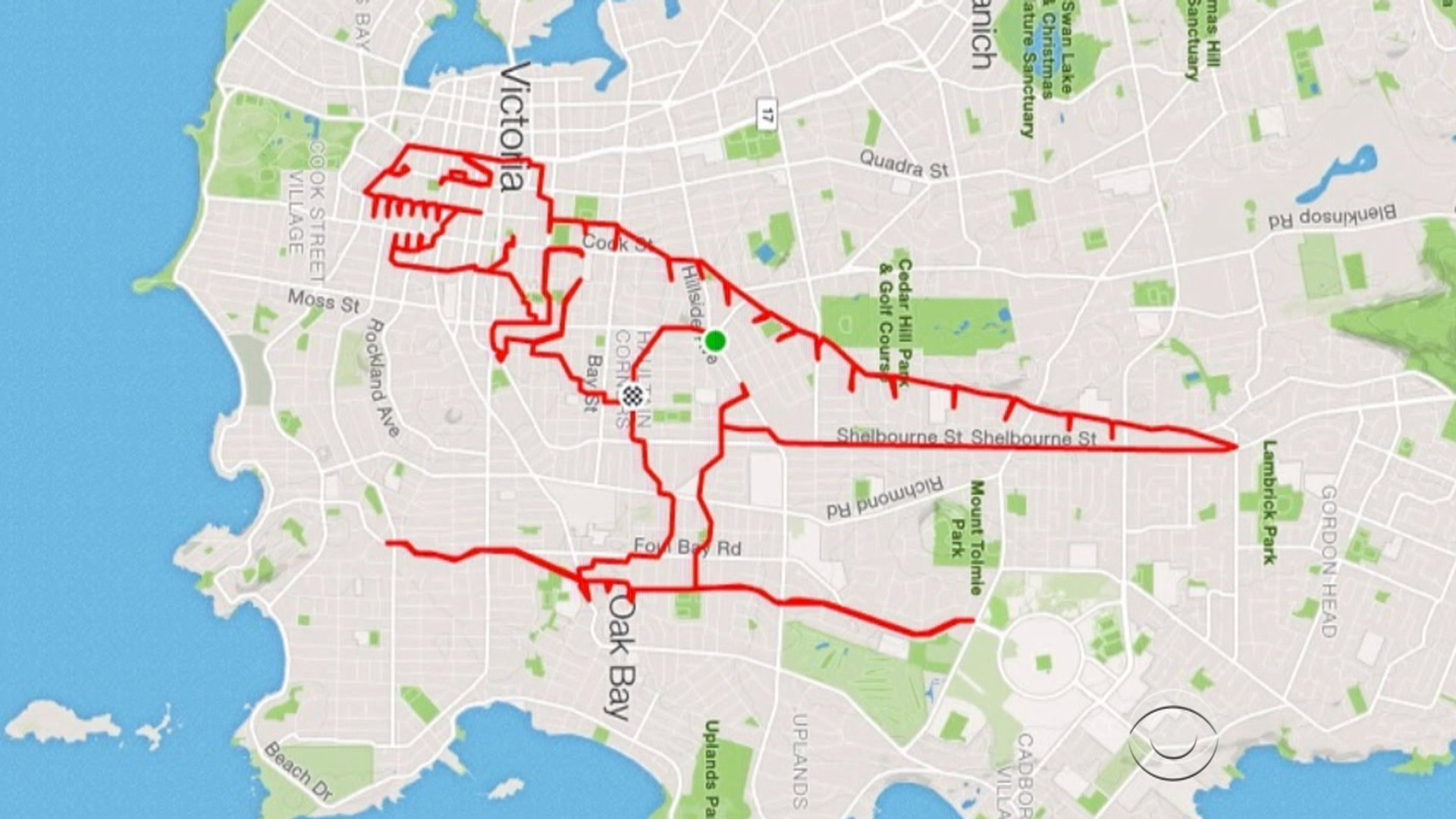 At a TEDx Talk, Lund explained how his Strava app tracks cycling trips for fitness and marks the route on a map.

"It just struck me immediately that there had to be some creative potential to it," Lund told CBS News.

Lund plots his paths through the streets of Victoria, Canada. The end result: a grasshopper, a thug, Darth Vader and a mermaid that took 14 hours alone.

In one year, Lund logged 13,857 miles -- the distance from Victoria to Tokyo and back.

"I think of all those people sitting in front of the TV or YouTube, I think my time commitment isn't all that excessive," he said.

Now the cycling artist is urging others to get out and GPS their own doodles.

"It's so easy to experiment and explore and do something creative," Lund said.

Because what goes around, comes around.