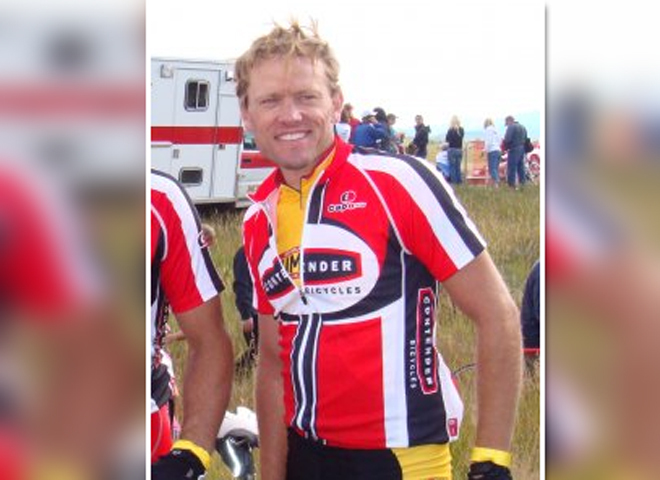 (CBS/AP) LOGAN, Utah - A bicyclist competing in a 206-mile, three-state bicycle race from Logan, Utah, to Jackson Hole, Wyo., crashed on a bridge in Wyoming and fell about 35 feet to his death into the Snake River.

Authorities say 42-year-old Robert Verhaaren, of Mesa, Ariz., was participating in the annual LoToJa race when he swerved to avoid a pothole and crashed on Highway 89, about eight miles from the finish line Saturday afternoon.

Teton County sheriff's deputies said when Verhaaren swerved to miss the pothole, he crashed into a guardrail and was catapulted over it into the river.

Race spokesman Dave Bern said it was the first fatality in the race's 30-year history.

The race also was marred by serious accidents in Idaho and Wyoming that sent two bicyclists to the hospital and by flat tires experienced by roughly 200 cyclists early on, said Bern.

The victim was a highly experienced cyclist who had competed in the event at least twice before, organizers said.

According to the Cache Valley Daily, Verhaaren was an avid cyclist and scoutmaster who received an accounting degree from Brigham Young University and a law degree from New York University School of Law. He is survived by a wife and three children.

LoToJa is billed as the longest one-day bicycle race in the country sanctioned by USA Cycling. This year's event drew 1,500 competitors from across the nation.

"It was devastating for us to lose a member of our LoToJa family," Bern told The Associated Press. "Unfortunately, these things go along with bicycle racing. Cycling is not for the risk-averse."

Bern said it was the first major accident on the bridge in the race's history, and organizers would discuss it with Wyoming Department of Transportation officials.

Less than 20 miles into the race, cyclists began experiencing an unusually high number of flat tires. They were blamed on thorny weeds by some cyclists and on very small nails by others.

Riders also had to deal with horses on the road and smoke from a Wyoming wildfire during the race.

"It was strange stuff going on, stuff I don't normally see (at LoToJa)," Bern said."