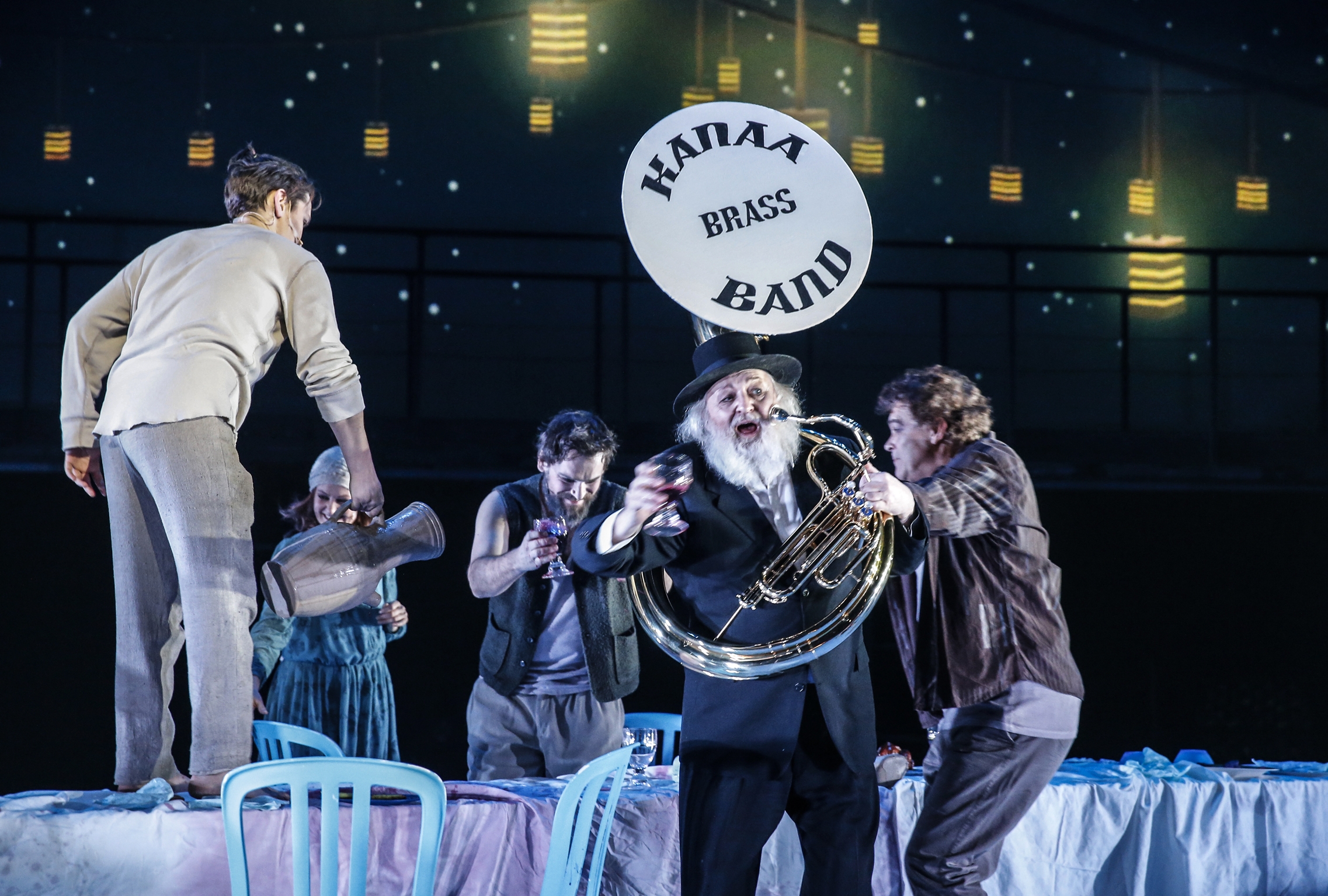 OSLO, Norway It may sound like an unlikely No. 1 best-seller for any country, but in Norway — one of the most secular nations in an increasingly godless Europe — the runaway popularity of the Bible has caught the country by surprise. The Scriptures, in a new Norwegian language version, even outpaced "Fifty Shades of Grey" to become Norway's best-selling book.

The sudden burst of interest in God's word has also spread to the stage, with a six-hour play called "Bibelen," Norwegian for "the Bible," drawing 16,000 people in a three-month run that recently ended at one of Oslo's most prominent theaters.

Officials of the Lutheran Church of Norway have stopped short of calling it a spiritual awakening, but they see the newfound interest in the Bible as proof that it still resonates in a country where only 1 percent of the 5 million residents regularly attends church.

"Thoughts and images from the Bible still have an impact on how we experience reality," said Karl Ove Knausgaard, one of several famous Norwegian authors enlisted to help with the translation.

Scholars aren't surprised at the success of the plays or the new Bible translation, explaining that faith is a deeply personal matter in this nation of taciturn Scandinavians who regularly withdraw from city life to spend holidays at remote cottages in the solitude of the mountains, fjords and forests.

"Church attendance is a poor measure of the Norwegian state of faith," said post-doctoral fellow Thorgeir Kolshus at the University of Oslo. "Religion is a very private thing for Norwegians."

More than 258,000 immigrants have settled in the country during the last six years alone, adding diversity of race and religion. The Church of Norway estimates that around 60 percent of immigrants are Christian, while the rest are Muslim, Buddhist or Hindu.

"Now that we're exposed to other faiths, Norwegians have gotten more interested in their own faith," Veiteberg said.

Released in October 2011 by the Norwegian Bible Society, the new translation replaces a 1978 edition, with the goal of improving readability and accuracy. For example, in the older version, Mary was called a "virgin." In the new translation she is referred to instead as a "young" woman. The U.S. Conference of Catholic Bishops also made this change in its latest Bible translation from 2011, saying the change didn't alter teaching about Mary, but was meant to address the possible different meanings of the Hebrew word "almah" in the text.

Norway's Bible Society promoted the new translation like a pop fiction novel, stirring anticipation by giving out teasers of biblical stories before its release.

It turned to poets and authors such as Knausgard to make the text sing and resonate for a new generation. And it was packaged in a variety of ways, targeting teenagers with pink leather or denim covers, and adults with bridal or sophisticated literary covers.

"It's easier to read," says Helga Haugland Byfuglien, presiding bishop for the Church of Norway. "There is no over-interpretation of the text."

It has sold nearly 160,000 copies and was Norway's best-selling book in 2012. Church officials concede that hefty marketing campaigns helped explain the strong sales.

Like many other European nations, Norwegians have experienced decades of secularization as religion has taken a back seat to other pursuits. They are fiercely committed to jamming weekends with skiing, hiking and other outdoor activities, leaving little time other than Christmas or Easter to fill the pews.

Erik Ulfsby, artistic director at Det Norske Teatret, which staged the "Bibelen" play, said that even if Norwegians don't go to church, they still see the Bible as an important part of their literary heritage.

"The (church) wants you to agree with their interpretation but the theater gives you the chance to think out loud and discuss the Bible," he said.

For instance, rather than dying on a cross, Jesus was committed to a mental hospital and eventually executed via lethal injection. And, at the wedding at Cana, show-goers saw Jesus portrayed as being drunk when he changed water to wine.

"Bible" isn't the first religious production to have Norwegians at the edge of their seats. Renowned actor Svein Tindberg has staged three monologues based on the Bible, each more successful than the last.

In the mid-1990s, "Gospel of Mark" was slated to run for 20 nights but was such a hit that Tindberg performed 220 nights. His latest production, "Abraham's Children," opened last year and has sold 52,000 tickets, compared to expectations of 1,000 — outselling "Evita" in Norway.

Despite the unorthodox artistic interpretations that are emerging, religious authorities in Norway are embracing the concept of experiencing religion through art.

"Even if you don't believe the core of the message, the Bible has rich, meaningful stories," Byfuglien said. "Culture breaks the religious shyness that people have in association with the church and it's a way for those who have distanced themselves to experience it in an interesting way."