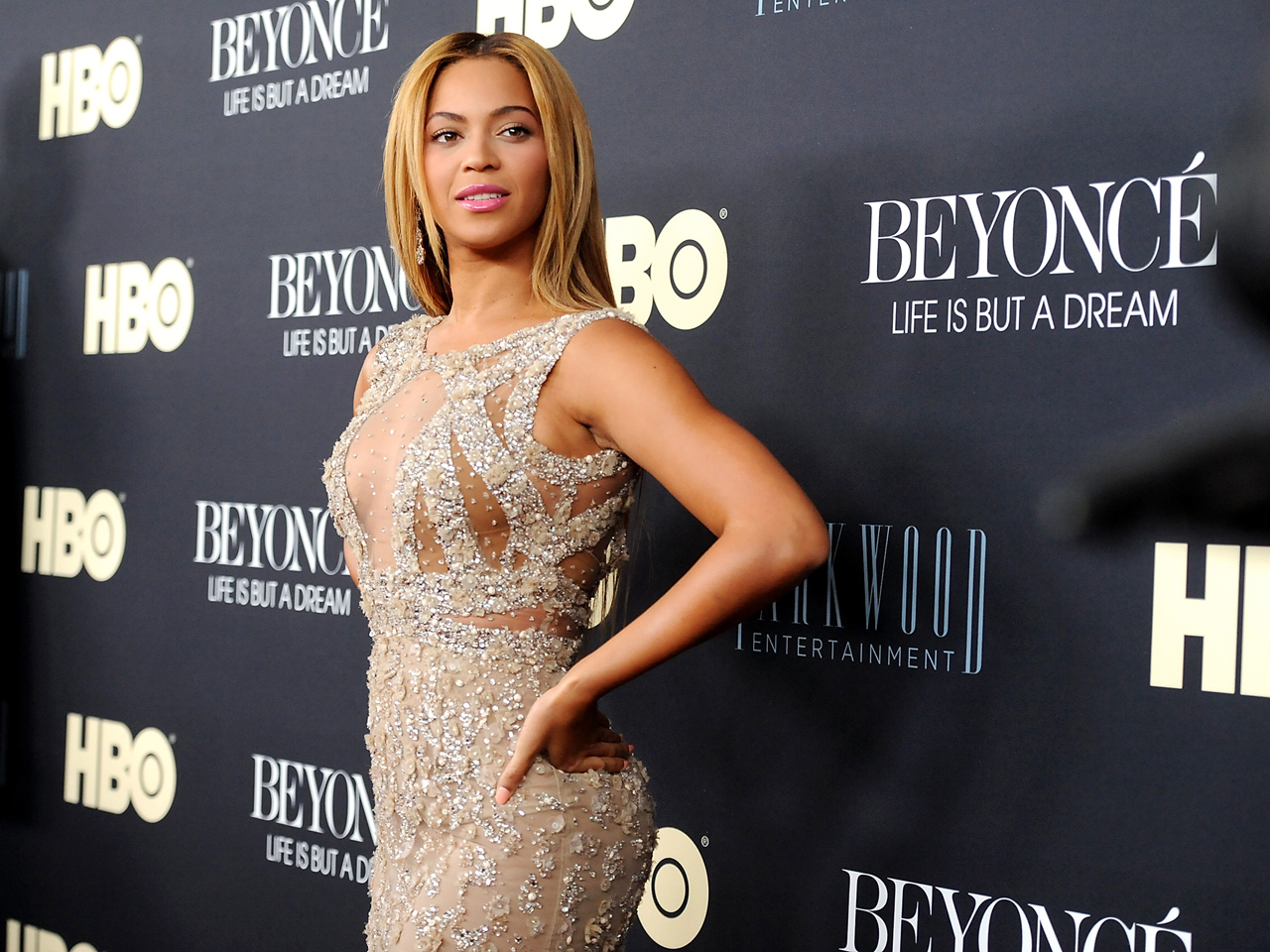 Beyonce hopes that her ultra-revealing documentary, "Life is But a Dream," will someday provide inspiration for Blue Ivy, the 1-year-old daughter she has with husband Jay-Z.

"I hope that she will see all of the beautiful times (and) all the tough times that led up to her being here," the singer said Tuesday night at the New York premiere of her upcoming HBO documentary.

She added: "I'm hoping that ... it can comfort her and inspire her in her life when she needs it."

The autobiographical film takes a no-holds-barred look at the entertainer. It stems from personal conversations the 31-year old singer made using the video camera on her computer over the past couple of years. It also includes home movies of the Grammy-winning singer and her two sisters.

In the film, Beyonce candidly discusses personal matters like her miscarriage, reports of faking her pregnancy and firing her father as her manager.

She claims the process of talking into a camera to get all her thoughts out was therapeutic.

"I really grew so much," she says of the process. "This movie has really been my therapy. I've healed from so many wounds and I've been able to understand why some of the things I've been through, why I went through, so I feel really proud, and hopefully I can inspire other people."

The singer has been private about her life in the past. But she felt the time was right to let people know how she felt.

"I felt that after 16 years of being a public singer, people didn't know who I was," she admitted. But then she added: "I will always keep certain things to myself because it's only natural."

Oprah Winfrey made a surprise visit to the premiere, and posed with Beyonce on the red carpet. Before going into the Ziegfeld Theatre, Winfrey, known for her tough, results-driven interview style, was asked if this was the kind of story she would have done on Beyonce.

She said Beyonce did a "much better job" of telling her own story. "I wouldn't have been in the bedroom and in the closet and in the car and on vacation," she said.

Beyonce, who performed at the Super Bowl earlier this month and is embarking on an upcoming world tour, acted as the film's executive producer and co-directed it with Ed Burke. He previously worked on some of her video projects.

"Life is But a Dream" premieres Saturday at 9 p.m. ET on HBO.