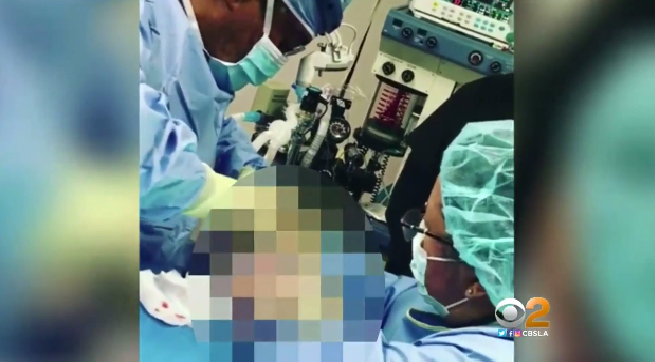 Los Angeles County sheriff's deputies say the records of 15,000 patients were stolen from Dr. Zain Kadri's office in Beverly Hills. Authorities believe a disgruntled former staffer, who was fired for allegedly stealing from the practice, may have been involved in the theft.

The staffer allegedly stole financial information from the practice and patients, and took photos of clients during surgeries while they were unconscious. The employee is also accused of posting the photos on social media.

Authorities uncovered the staffer's actions during a company audit. The photos were found on a company cellphone.

A spokesperson for Kadri says some of his clients are celebrities whose medical records may now be in jeopardy. The clinic says they are in the process of alerting patients about the privacy breach.

It remains unclear whether charges will be filed against the former employee.